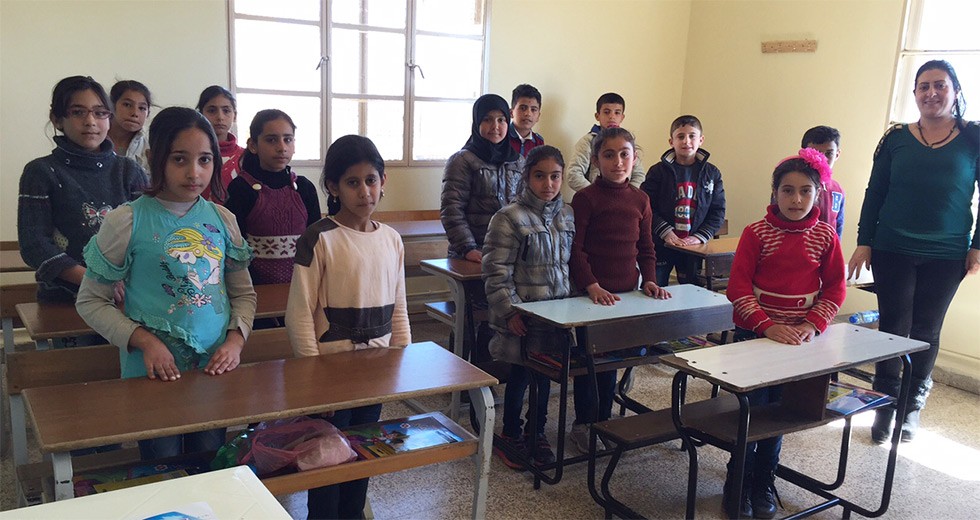 During the five years of the Syrian conflict more than a quarter million Syrians have been killed and 11 million have been forced from their homes, according to the BBC. The United Nations has said that over 5 million refugees have left the country, with more a million seeking refuge in Lebanon.

WCRC member churches in Lebanon and Syria have been at the heart of providing relief aid to the refugees. Last summer the National Evangelical Synod of Syria and Lebanon (NESSL) identified another need: providing a “normal” life to refugee children.

In its application to the WCRC’s Reformed Partnership Fund, the NESSL said: “Children are surely the most miserable victims of all. Over a million children among the refugees have been denied their normal childhood, denied their normal life and rightful school time. Indeed, it is a fact that a generation or two may become lost unless a miracle happens to rescue them.”

The NESSL decided that they could be part of the miracle by setting up schools for refugee children. The first of these was proposed to be in the Beqaa Valley, serving several refugee camps based there.

The WCRC reached out to other members in North America, knowing of their desire to help refugees, regardless of where they were located. The Reformed Church in America (RCA) responded immediately, providing enough money to finish funding the project.

“Nearly every RCA pastor and church member I have talked with said it is important to them to show solidarity with every refugee in need,” said Duncan Hanson, supervisor of RCA mission in Europe, the Middle East and India. “They consider it theologically and ethically essential that the circle of their solidarity includes all people, regardless of their religious or ethnic background.”

Despite a series of logistical challenges two schools were operating by the end of February with a third being planned, all connected to Christian churches but welcoming children of all religious backgrounds.

The children are taught Arabic, arithmetic, sciences and ethics. They are provided with books, stationary and a meal each day, as well as transportation by bus between their temporary homes and school.

“All the children seem happy and joyful,” reported Mary Mikhael for the NESSL. “God is great and what God wills God makes happen.”

The Reformed Partnership Fund provides small grants and other resources to churches that carry out mission-related projects important to the life of a church and its surrounding community, particularly in the Global South. Contributions to the Reformed Partnership Fund come primarily through a grant from Brot für die Welt, but contributions are welcome from anyone, including for specific projects, as shown in this article. For more information, including applications for funding projects, please visit wcrc.ch/mission/partnership-fund