Serving as a steward key to Hipp’s pastoral calling 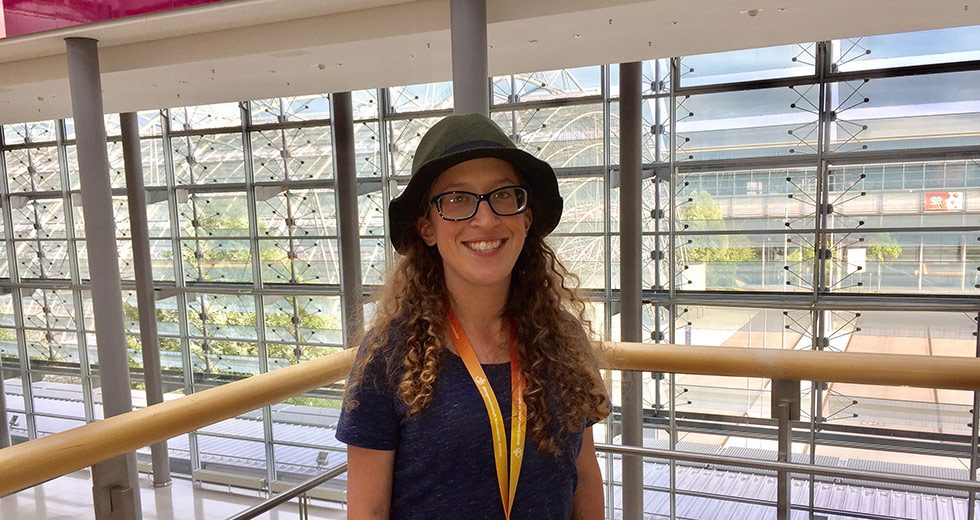 When Joanna Hipp was invited to serve as a steward at a meeting of the World Council of Churches (WCC) in 2012, she recognized the unique opportunity to learn about ecumenism. Hipp’s mentor and professor, Clifton Kirkpatrick, thought the ecumenical meeting would suit her gifts well. But Hipp had no idea the enormous impact the experience would have on her ministry.

“I was the only American serving at the WCC meeting in Crete,” Hipp said. “There were Christians there from all around the world and I just fell in love with the ecumenical movement. It was all thanks to stewardship.”

If Hipp enjoyed the WCC gathering, the experience also left her with new questions as to where God was leading her in ministry. Having just completed her first year at Louisville Presbyterian Theological Seminary, Hipp wondered how she would meld her newfound love for ecumenical work with what she firmly believed was a call to congregational pastoring.

“It just seemed like it could never work,” Hipp said. “How can you be actively involved in ministry with Christians from around the world and at the same time manage the responsibilities of a congregation?”

But as more opportunities for ecumenical work presented themselves, she found it impossible to turn them down. While continuing with her seminary studies, Hipp attended a WCC gathering in South Korea in 2013. In 2014, she began working with the WCRC’s Office of Justice and Partnership as an intern.

Hipp graduated from seminary in 2015. It came time to see just how well her ecumenical involvement would be received by a prospective congregation. As it turned out, Providence Presbyterian Church in Charlotte, North Carolina—her home state—found her gifts to be just what they were looking for.

“I asked the church’s search team whether we might include language in my contract allowing me to continue my ecumenical involvement,” said Hipp. “But they told me it wasn’t necessary, that my ecumenical work was simply assumed. It was a perfect fit.”

Hipp’s cross-cultural experiences don’t merely express themselves overseas. Her ecumenical involvement has greatly affected her ministry style at home, too, influencing the language she chooses in liturgy, in preaching and in writing.

“Until I became a steward, I never really knew the importance of this [ecumenical] work,” she said. “That stewardship experience gave me the confidence that I could live in both worlds, the ecumenical one and the congregational one.”

Hipp currently serves as Associate Pastor for Youth and Missions. She also maintains her involvement with the WCRC, bringing the message to the closing worship service for the Youth and Women’s Pre-Councils on Wednesday, June 28, and acting as seconded staff to the General Council’s drafting team.