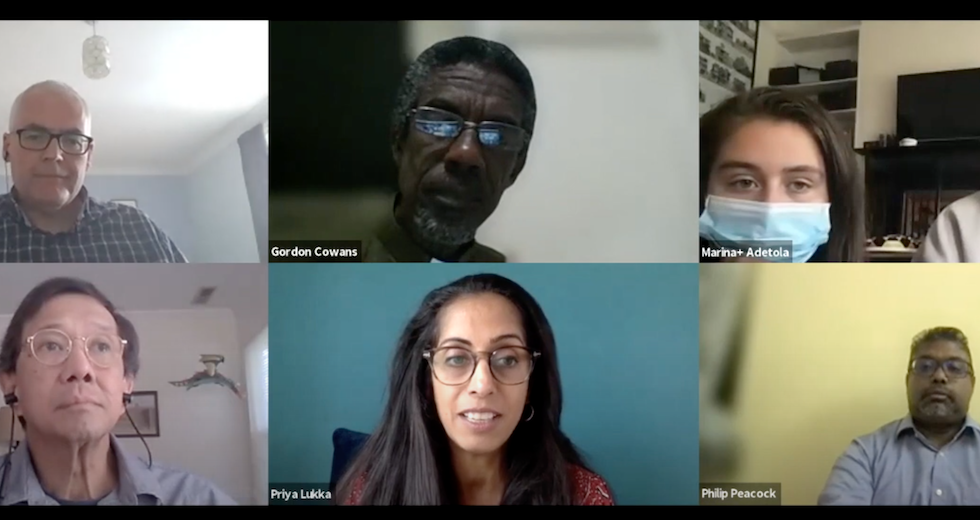 Addressing the upcoming G20 International Taxation Symposium, a webinar brought together economists, activists, and church representatives to explore how tax justice and reparations—as called for in the ecumenical Zacchaeus Tax (ZacTax) campaign—could help the world attain a just and sustainable recovery from the COVID-19 pandemic.

The pandemic has revealed huge imbalances in the capacity of countries to respond to the crisis, said Manuel ‘Butch’ Montes, senior advisor at the Society for International Development and a member of the Ecumenical Panel on the New International Financial and Economic Architecture initiative (NIFEA).

“Rich countries increased their public spending…while many developing country governments increased their foreign borrowing but spent much less on health response and economic mitigation,” he said. The result is that “while advanced countries are on the road to recovery, the crisis continues to deepen in poor countries.”

The situation calls for a “COVID-19 tax on the rich and large multinational corporations,” Montes argued.

“Given the situation of global economic inequality where the increase in wealth of the richest ten billionaires since the pandemic began is enough to lift everyone out of poverty as well as offer everyone a vaccine is evidence enough why we need a system of just taxation,” said Philip Vinod Peacock, WCRC executive secretary for justice and witness. “The wealth inequality gap is immoral and just taxation is one way to fix it.”

Sharing reparatory models of tax and economic justice, Priya Lukka, an economist and researcher at Goldsmiths University, underlined the need for “land distribution, a global tax on wealth, a global minimum wage, and a global public health tax.”

Adetola Onamade and Marina Tricks, student activists who have sued the United Kingdom government for failing to meet obligations under the Paris Agreement, pointed out that the pandemic does not exist in a vacuum. Systemic challenges such as widening inequality and runaway climate change are rooted in colonial legacies of exploitation and extractivism, they said.

Reparations are key to recovery. It must “not only be a noun but a verb,” said Onamade. Making reparations would “bring repair and health to our communities,” added Tricks.

Though it is impossible to truly account for climate-related loss and damage, Frances Namoumou from the Pacific Conference of Churches expressed that “climate reparations for the loss of land, community resources and traditional knowledge” are vital for a just and sustainable recovery.

Justin Thacker, of the Church Action for Tax Justice, shared practical tips in advocating for tax justice. He underlined that “commitment is incredibly important.” The ZacTax campaign “is not a quick win…we must be in it for the long haul.”

The webinar also launched the ZacTax Toolkit. The toolkit is aimed at supporting churches in their advocacy for an overhaul of the tax system and for reparations, and will be available for free download soon.

The webinar was moderated by Gordon Cowans, former moderator of the United Church of Jamaica and the Cayman Islands, and closed by Gorden Simango of the All Africa Conference of Churches.

The webinar, held 25 June, was co-organized by the Council for World Mission, Lutheran World Federation, World Communion of Reformed Churches, World Council of Churches, and World Methodist Council as part of the New International Financial and Economic Architecture initiative.