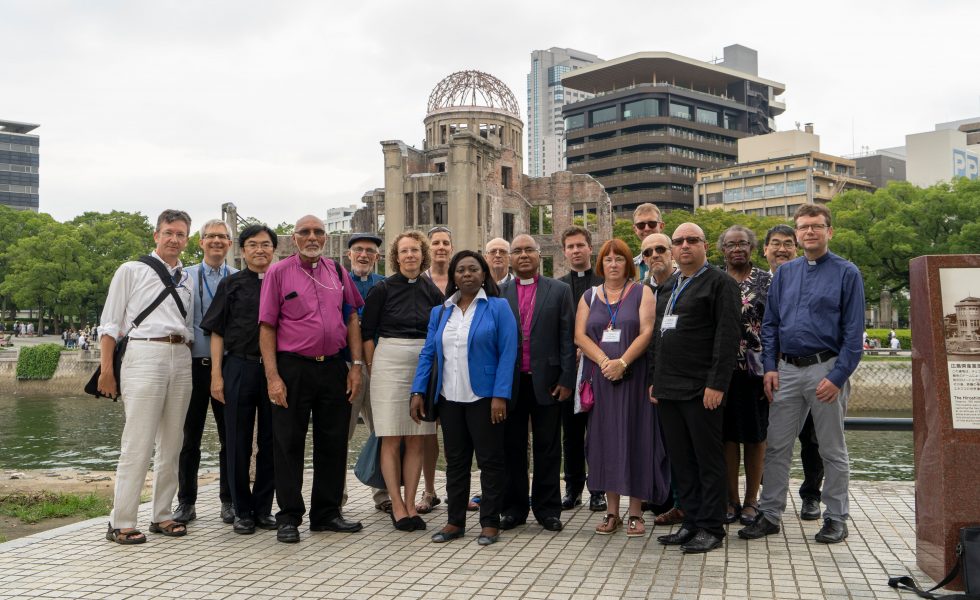 The International Reformed–Anglican Dialogue (IRAD) between the World Communion of Reformed Churches (WCRC) and the Anglican Communion met for the fifth time, between 23 and 30 August 2019 in Hiroshima, Japan, under the leadership of Co-Chairs: The Revd Dr Elizabeth Welch (WCRC) and The Most Revd Dr Howard Gregory (Anglican Communion).

This bilateral dialogue, the first that the Anglican and Reformed Communions have had globally since 1984, which then led to the report God’s Reign and Our Unity, was mandated to take as its theme a study of the nature of communion (koinonia) and the pressing issues which emerge for both Communions out of such reflection. After meetings in India (2015), England (2016), South Africa (2017) and Canada (2018), this meeting in Japan concluded our focus on koinonia as God’s gift and calling.

Engaging with the theme has been both exciting and challenging. The report examines the foundations of koinonia in scripture, theology and history, and how it is expressed in ecclesiology and mission. We looked at what our understanding of koinonia is, and how we see koinonia lived out. We have explored how koinonia helps us address the diversities within and between our communions.

Meeting in Hiroshima, we were deeply moved to hear atomic bomb survivor Ms Keiko Ogura share her story of 6 August 1945, and to visit the Peace Park and the Hiroshima Peace Memorial Museum.

This round of the dialogue was generously hosted by the Anglican Communion. The hospitality of the diocese of Kobe was greatly appreciated. Greetings were brought from the Church of Christ in Japan and the Korean Christian Church in Japan. We were kindly received by the Primate of the Anglican Church in Japan, The Most Revd Nathaniel Makato Uematsu, and the Bishop of Kobe, The Rt Revd Augustine Naoaki Kobayashi. The Commission is particularly grateful to The Revd Dr Renta Nishihara, The Revd Shintaro Ichihara and Mrs Miki Hamai for their work setting up and supporting the meeting.

Present at the meeting: