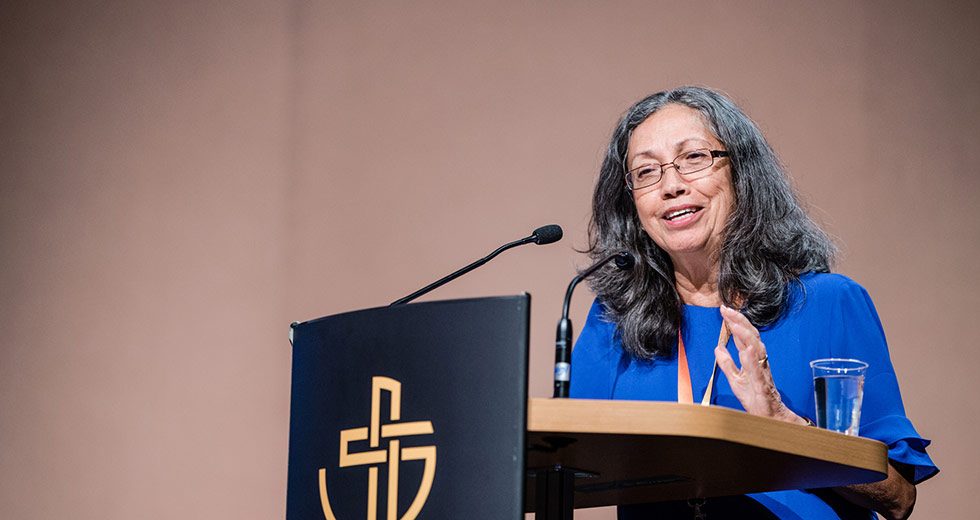 While the churches deplore injustices against women, some of them perpetuate gender inequality by denying female ordination.

“Gender based violence is one of the biggest challenges in the world,” said Dr. Dorcas Gordon, principal of John Knox College in Toronto, Canada, at the “Gender Justice” session of the General Council of the World Communion of Reformed Churches (WCRC). Although the majority of the member churches of the WCRC approve the ordination of women, some forty of them in Europe (7), Africa (18), the Middle East (3), Latin America and Asia (9) do not allow it.

These figures come from a survey carried out in 2009 which also shows that most churches which did not ordain women “did not indicate theological but cultural reasons. Some live in areas where society does not recognize female leadership. Others are in a minority situation in countries with a Roman Catholic or Orthodox majority; they feel an ecumenical pressure that prevents them from doing things that are considered shocking.”

Between justice and inequality

Thus, the churches condemn injustice to women while perpetuating gender inequality within themselves. Confronted with this paradox, the WCRC, which groups together 233 Protestant churches in more than 100 countries, the General Council is being called to urge its members to not only support the ordination of women but also to ensure that both sexes receive equitable remuneration. To convince delegates to move in this direction, several sessions based on the testimonies of women facing gender based violence and the analysis of biblical passages highlighting the equality of women and men before God took place on Saturday 1 July, in Leipzig.

The Mexican feminist theologian, Elsa Tamez, proposed an exegesis of the beginning of chapter 12 of the Epistle to the Romans. In this passage, the Apostle Paul calls for a permanent and profound transformation of the communities. “Christians must be an example. We must know that there is a way to be different from those who are governed by envy, rivalry and personal greed. Discrimination and murder of women are tantamount to self-discrimination and suicide,” she explained.

On 3 July, delegates will vote on the adoption of the “Declaration of Faith on the Ordination of Women.” The Council will also decide on the creation of a gender policy and its implementation throughout the WCRC.