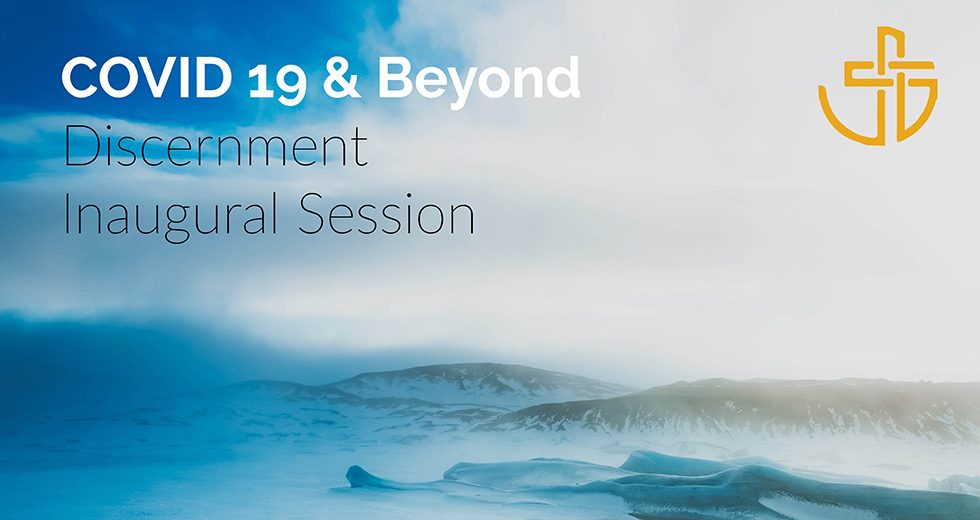 “What does God Require of Us? Discerning, Confessing, and Witnessing in an Age of COVID-19 and Beyond,” the World Communion of Reformed Churches (WCRC)’s Communion-wide discernment process, began with a global online gathering and a call to prophetic action.

“We gather today to engage in thinking together, ‘What does the Lord require of us?’ We gather to affirm our steady journey toward justice,” said Najla Kassab, WCRC president. “Today is a moment of kairos, where we are called to act, and strive to heal the world of the long-lasting injustices that not even the vaccine will heal. It is our road to seek new ways of strengthening the Communion and transforming the world, to dream of new alternatives and new visions of a reality based on justice.”

“This conference comes to us as Reformed Christians to the situation we find ourselves in. We are in a time between times. We want to reimagine our world and even how to reimagine how to be church in these COVID-19 times,” said Lungile Mpetsheni, moderator of the COVID-19 and Beyond Working Group.

“Global inequality is not just growing, it is shockingly entrenched and out of control.,” said Allan Boesak, in remarks before presenting a draft statement. “Can the church sense, discern, and act upon the kairos moment that God and history has placed upon us?”

The working document, which was also shared at the session by Jennifer Leath and Rathnakara Sadananda, will be discussed and honed throughout the discernment process and states, in part:

[The Accra Confession] quite deliberately aligns itself with the Confession of Belhar. But are we ready to show the difference between a Confessing Church and a church with a confession? For Belhar that means “that the church is called to stand where God stands: namely with the poor and oppressed, and against any and all forms of injustice.” Standing with them means standing with them in their struggles against injustice and for dignity and life. Spiritual empowerment, encouragement, and comfort remain as a given, but offering “thoughts and prayers” are for unimaginative politicians who have run out of platitudes. We should find ways to join the revolution.

The online conference, which heard voices from five continents, was attended through Zoom by a core group and followed on multi-lingual livestreams by hundreds more. The core group will continue to meet over the next nine months in smaller “sharing” and “discernment” sessions, pairing focus groups with regional representatives.

Four larger, public theme plenaries will also be held, following the liturgical year and focused through the WCRC’s strategic plan:

Each theme plenary, each of which will be livestreamed, will orient the subsequent sharing and discernment sessions, all of which build toward a face-to-face conference later in 2021 (if conditions allow).

“This process then requires of us a theologically and biblically rooted engagement that speaks to global, regional, national and local realities,” said Chris Ferguson, WCRC general secretary. “We must recognize the interconnection between the local and the global. There is no local reality which is not impacted by and shaped by the global world order. There is no global reality that is not constructed through and by local communities and resources.”

In response to the presentations, Paulo Junior (Brazil) said, “I am convinced that we are to take a side in the revolution as a confessing community of faith, asking ourselves, ‘how can we accompany the journey of the oppressed people in hope?’”

“The injustice has become difficult to fathom and has become normal. Our world has become a blind fight for mammon. How can we join in on a scandalous re-envisioning of our world?” asked Victoria Turner (United Kingdom).

“It is in this context that there is a Christ who identifies and chooses the most vulnerable in society. And, indeed, it should be this very Christ who has called us to emulate him—to stand on the side of the most vulnerable, the ones most impacted by this vaccine,” said Rothney Tshaka (South Africa) in discussing how the WCRC could enter into a processus confessionis.

“In Psalm 11:3, faced with a seemingly insurmountable crisis the Psalmist asks, ‘If foundations are destroyed what can the righteous do?’” said Ferguson. “As a global koinonia called to communion and committed to justice, how specifically are we called to be a communion in these foundation shattering times? Discerning, confessing, witnessing and being reformed together. Verbs in the present tense. Verbs that incarnate what we are called to do as a global family, as regional groups, and as member churches—a Reformed community always reforming according to the word of God.”

The inaugural session can be found online: