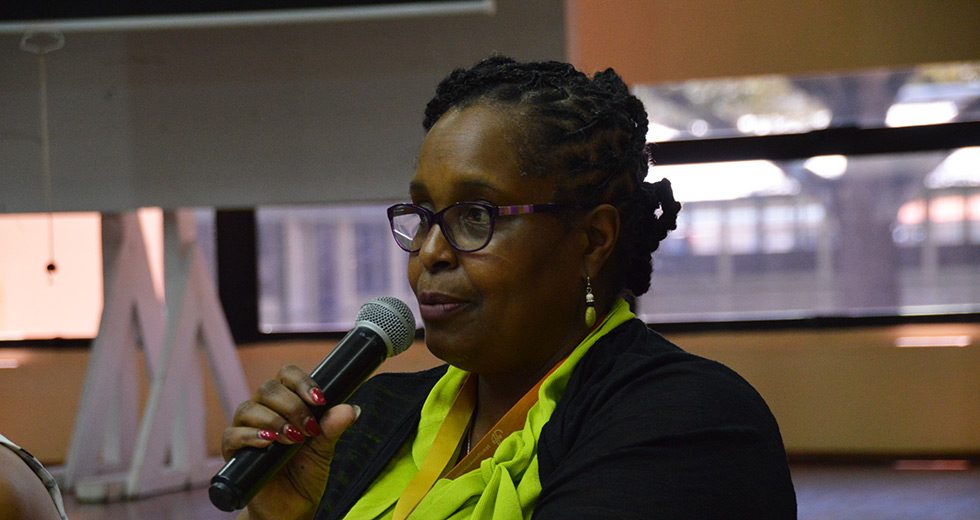 The World Communion of Reformed Churches (WCRC) joins with those around the world mourning the death of Robina Winbush, director of ecumenical relations for the Presbyterian Church (USA) and a passionate and energetic leader in the WCRC.

Winbush, 61, died on Tuesday while returning from a 10-day visit to the Middle East. She was deplaning in New York when she collapsed at the airport.

“We are saddened to hear the news of the loss of our sister Rev. Dr. Robina,” said Najla Kassab, WCRC president. “She left too early, as we were still envisioning together how justice can be lived and reflected in the life of the church. Her sudden death interrupted our dream. She will be missed as a strong voice for justice, and especially as a source of empowerment to women leaders.” 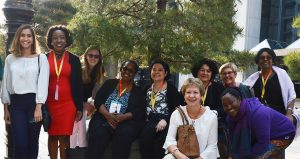 Winbush was planning to attend the WCRC Executive Committee meeting in May and served as the moderator of the Public Issues Committee at the 2017 General Council. She played an important role in the success of last fall’s assembly of the WCRC’s Caribbean and North American Area Council (CANAAC), a body which she served on for years.

“Robina’s name is in many ways synonymous with CANAAC, which was very important to her,” said Angela Martins, CANAAC convener. “She believed in it and committed much time and effort to the sustained position we have today. She has left us a rich legacy upon which we would do well to continue to offer ourselves for service.” 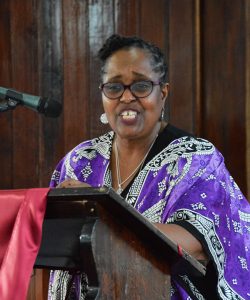 “Friend, colleague, mentor who was not afraid or ashamed to be female, black and ordained, Robina would not allow injustice or inequity to have space at the table,” said Yvette Noble-Bloomfield, former WCRC vice president. “She provided not only words of wisdom but her prophetic utterances often changed the mood and direction of our ecumenical conversation. Truly a sister in Christ, Robina nurtured many Caribbean women in ministry and encouraged us to find our voice and our space at the ecumenical table.”

“Robina leaves a legacy of passion for ecumenism and justice, particularly gender and racial justice,” said Lisa Vander Wal, WCRC vice president. “This was evident in her preaching and through her strong advocacy for women and people of color. She was such a strong and forceful presence that her passing will leave a large hole in the ecumenical circles in which she moved.”

A native of Columbus, Ohio, Winbush received her education from Kent State and Harvard Universities as well as Union Theological Seminary in New York. She began her ministry at the PC(USA) more than 30 years ago. She served in an ecumenical role in Global Missions before taking a pastorate in Queens, New York. She also served churches in Harlem, Long Island, the Bronx, New York and Louisville.

“We are so grateful for her life and leadership in WCRC and pray that the lord will prepare a cloud of witness that will carry her legacy,” said Kassab. “Although saddened and perplexed with her death, we are not abandoned for we have hope that the Lord who started the work among us will continue it. We will miss you my sister, but we remain sustained in hope whether in heaven or on earth.”