WCRC Welcomes the Call from Arusha 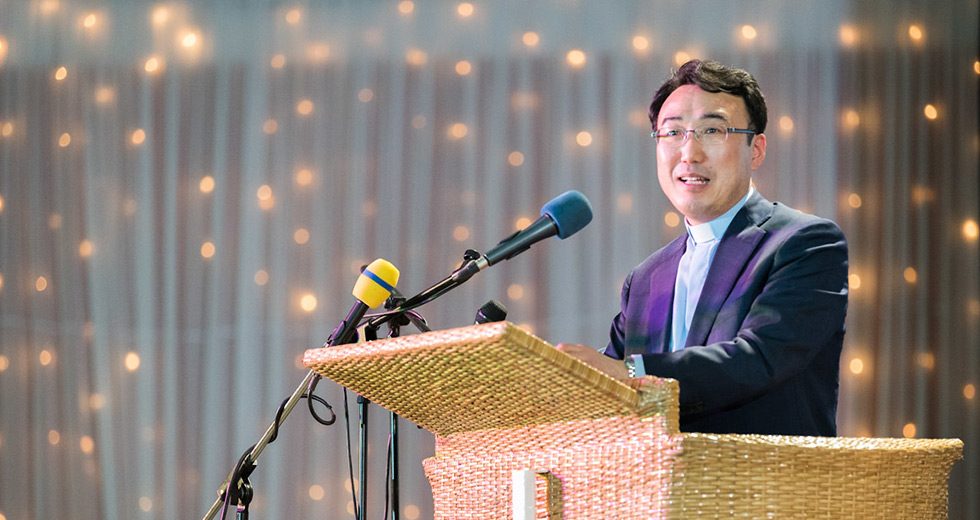 For many years the World Communion of Reformed Churches (WCRC) has been inviting Christians and the ecumenical community into a creative and constructive resistance to a market system that has denied and continues to deny life to people and the planet.

The Call from Arusha, the message from the recently concluded Conference on World Mission and Evangelism (CWME) that calls on the faithful into a transformative discipleship, states, “The global imperial system has made the financial market one of the idols of our time and it has been strengthened cultures of domination and discrimination that continue to marginalize and exclude millions, keeping them in conditions of vulnerability and exploitation.”

The document further calls for the proclamation of the good news of Jesus Christ—the fullness of life, the repentance and forgiveness of sin and the promise of eternal life—in word and deed, in a violent world in which many are sacrificed to the idols of death and many have not yet heard the gospel.

The Call to Arusha resonates with the Accra Confession (2004) that calls for a rejection of the “current world economic order imposed by global neoliberal capitalism and any other economic system, including absolute planned economies, which defy God’s covenant by excluding the poor, the vulnerable and the whole of creation from the fullness of life.” The WCRC has long advocated for justice in the economy and in the earth that emerges from deep rooted faith convictions and therefore uses the language of covenant.

The WCRC would also like to acknowledge Rev. Dr. Jooseop Keum, director of the Commission on World Mission and Evangelism, and his contributions to the ecumenical movement. A member of the Presbyterian Church of Korea, a WCRC member church, Keum brings to an end a stellar term as the director of the CWME. It was also during his tenure that Together Towards Life, the missiological statement that foregrounded missions from the margins was released.

The WCRC recognizes that the ecumenical movement in the present time must involve itself in a process of deep listening to those whose voices have been drowned out by dominant and dominating forces. The WCRC reaffirms the Biblical vision that suggests that a transformative praxis can only develop outside the traditional centres of power.