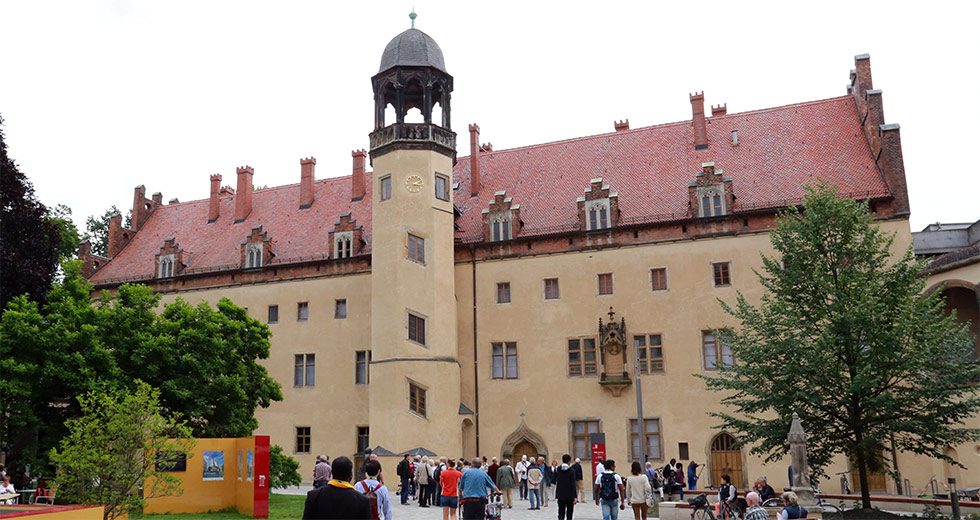 When General Council members departed from the ecumenical service at Wittenberg’s Town Church on July 6, they discovered a city peppered with 90 Reformation-themed attractions, the World Reformation Exhibition.

During this 500th anniversary year of Martin Luther’s Reformation, the city of Wittenberg celebrates their famous son with sites religious and playful, historical and artistic. A single day pass allowed free entrance to many of the attractions which were grouped into categories such as spirituality, youth, culture and globalization.

Naturally, most of the World Exhibition sites had direct links to Martin Luther. One of the most popular attractions was the Castle Church, where Luther famously nailed his 95 theses on the church doors. “Ein feste Burg ist unser Gott,” (“A Mighty Fortress is Our God”), inscribed on the church tower, refer to one of Protestantism’s most famous hymns, penned by Luther himself. The Reformer’s grave also sits within the walls of the church.

Also part of the World Exhibition is Luther’s house, where Martin Luther lived with his wife Katharina von Bora and their six children. Visitors can see the room where the Reformer regularly held his “table talks,” discussing theology and presumably Reformation with his Wittenberg students and colleagues.

More light-hearted sites within the World Exhibition included the Luther Garden, with trees planted in the shape of the Luther Rose; Luther and the Avant-Garde, a contemporary art gallery set in Wittenberg’s historic old jail; and a large Ferris wheel titled “Between Heaven and Earth.”