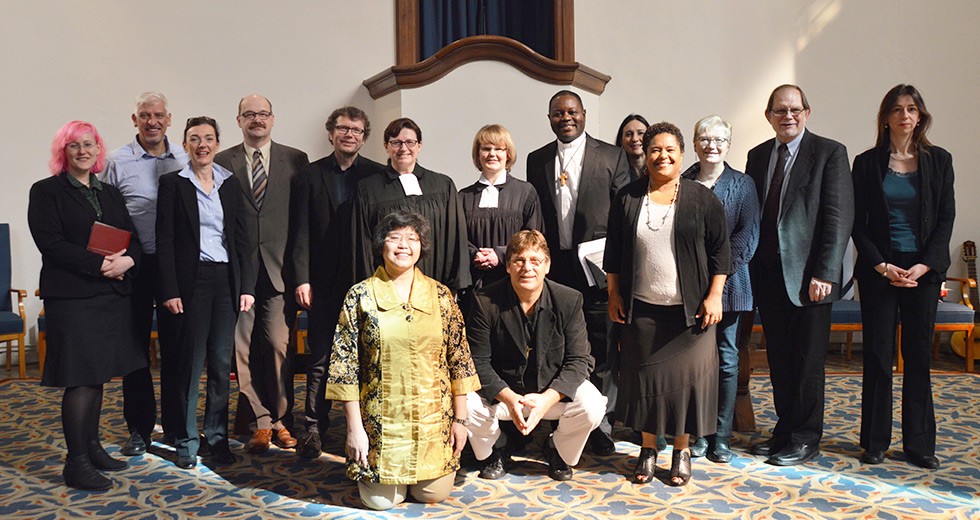 Regardless of geographic origin or experiences on general councils, the members of the 2017 General Council’s worship committee all agree: worship is the foundation on which everything else is built.

“Coming together for a council on the one hand is discussing all kinds of things and taking positions, but it is actually a gathering of God’s people,” says André Bartlett of the Dutch Reformed Church in South Africa, “so worship should be an integral and crucial part of that.” Bartlett has previously served on a worship committee for the Reformed Ecumenical Council, one of the WCRC’s predecessor organizations.

“It is the foundation for all other things we do,” agrees first-time member Chineta Goodjoin, of the Presbyterian Church (USA). “When we come together and worship then we come together in reconciliation, in compassion and forgiveness and in empathy under the realm of God’s providence. Worship seals and binds us in our history and gives us a springboard for the future.”

The dozen members of the worship committee met in early April in Leipzig, Germany, where the 2017 General Council will be held. They immersed themselves in the city even as they got to know each other at this first face-to-face meeting.

“It’s just a great group of talented people from all over the world bringing our gifts, our cultures and the nuances of who God has made us into the decision-making process of what worship should be,” says Goodjoin. “And what we’re finding is that we have more in common than we have different.”

Goodjoin brings with her “the culture of the African-American church, its witness, and its gospels.” One of those gospel songs was shared beautifully at a committee-led Sunday worship service in the Evangelical Reformed Church of Leipzig. The service highlighted the variety of styles and emphases brought by the members of the committee.

“I think I bring some kind of joy in worship,” says Gerardo Oberman of the Reformed Churches in Argentina, “something I think we particularly share with other churches in the South.” This is Oberman’s third time on a worship committee for a general council, and he continues to delight in giving “insights from the Latin American perspective.”

The varying backgrounds and traditions have not inhibited the committee from quickly gelling. “We’ve only met as a group this week and it already feels as though we’ve been working together for years,” says Bartlett.

The worship committee is responsibile for the twelve worship services to be held during the council. These include the opening and the closing services, as well as the public services in the Berlin Dom and in the Schlosskirche in Wittenberg. These services will present the richness of Reformed worship as it is taken up in the many cultures and traditions that are a part of the WCRC. The commitee will also create a worship book that may be used by WCRC member churches.

Committee members also visited the conference grounds and met with the pastor of the St. Nicholas Church, where the council’s opening worship service will take place. The St. Nicholas Church hosted the Monday night candlelight prayer vigils that sparked the collapse of the Democratic Republic of Germany. Committee members also joined in the evening prayer service, which is still being held each week.

The work of the committee will continue in the next months. Committee members will gather together again at the annual Symposium on Worship sponsored by the Calvin Institute of Christian Worship and the Center for Excellence in Preaching in Grand Rapids, Michigan.