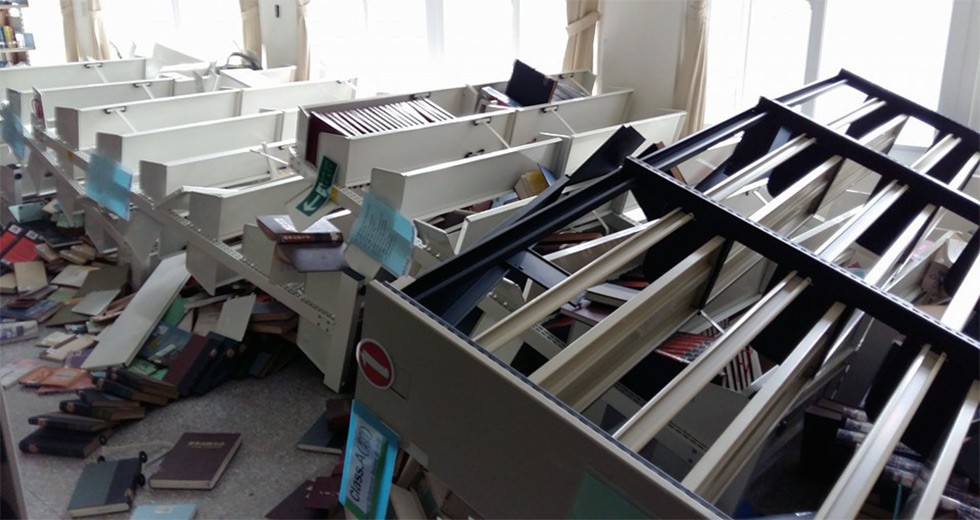 In the early hours of Saturday, 6 February, the southern part of Taiwan was hit by an earthquake, causing extensive damage to Tainan and surrounding areas, injuring hundreds and killing more than two dozen people.

The Presbyterian Church in Taiwan (PCT), a member of the World Communion of Reformed Churches, has several congregations in the area, as well as a theological school. 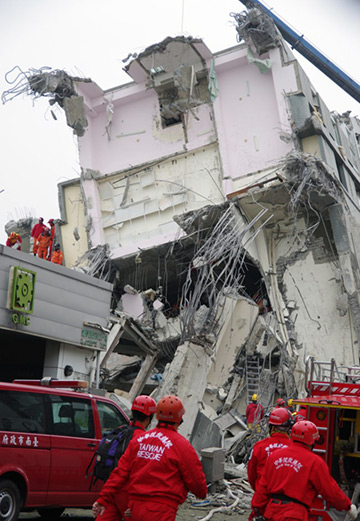 They are not only tending to these institutions but are also assisting in the general relief and recovery efforts.

Several PCT congregations have reported damage to their buildings. The Tainan District Sin-Hong Church has extensive damage including falling ceiling tiles, the collapse of several marble slabs around an elevator and a leaking water tank. Other congregations in the area reported walls collapsing and flooding from tanks and broken pipes. The theological school suffered minor damage, including the toppling of bookcases (pictured above).

An emergency response centre has been set up at the Tainan Yong Kang Presbyterian Church. Activities include setting up temporary housing, distributing relief goods and liaising with Tainan municipal officials to coordinate additional support.

Besides the local authorities, the PCT is partnering with the Taiwan Christian Service, Hunger International Alliance and Christian Council Assistance Association.

The PCT says that it is “deeply moved” and grateful for the many messages of support and concern from partner churches, ecumenical agencies and former missionaries around the world.

Please pray for our sisters and brothers in Taiwan, especially those who have lost loved ones or have been injured. Pray also for those who are directly involved in the relief and recovery efforts.

Donations for relief and recovery efforts are being accepted by the PCT. Information on ways to donate can be found on the PCT’s website.