Join in prayer for Lebanon 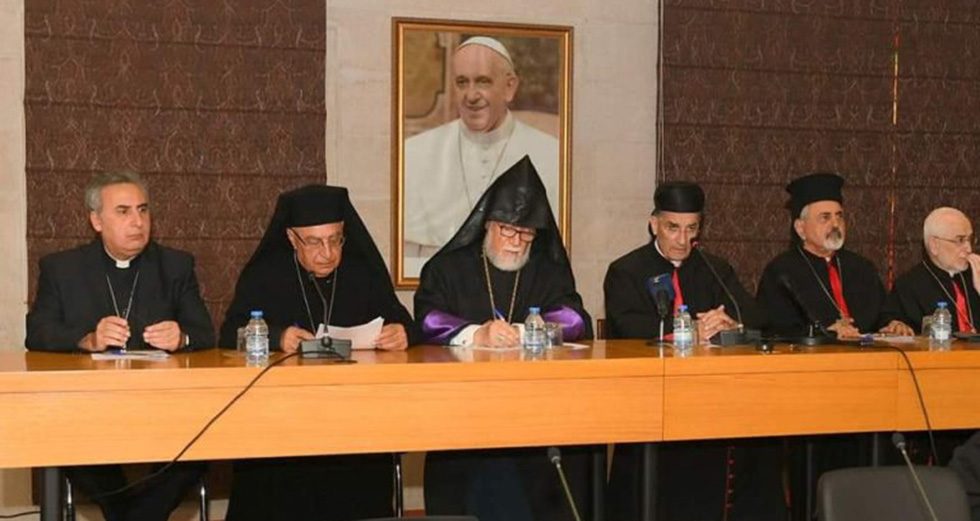 Protestant, Catholic and Orthodox church leaders in Lebanon met earlier this week to discuss the current situation in the country, which has seen millions of people take to the streets in protest against the government and economic conditions.

The ecumenical group issued a declaration about the protests and needs for reform, which included calls to the local authorities, Lebanese people and international community:

First:
To the local authorities, we say: Beware of the magnitude of the current events and their grave impact on the future image of Lebanon, and more especially, on its future status, identity, and economy. The government must not treat this uprising as a passing and transient event, but as a phenomenon of social and national transformation. We call on the government to undertake serious, radical, and courageous steps to pull the country out of this major crisis. We call on it to transform the behavior of governors, rulers, and administrators, ensuring that they become good, fair and impartial. We also call upon it to engage with the living forces of society:..“Shame on a government or a State that fears its people and its elites!”

We also call upon His Excellency the President of the Republic, who is entrusted with safeguarding the Constitution and is the overseer of the performance of government institutions, to immediately begin consultations with political and religious community leaders to properly respond to the demands of the people. The continued paralysis of public life in the country could lead to the collapse of Lebanon economically and financially. This will have a detrimental effect on the Lebanese people, especially on our rebelling sons and daughters. It is high time for the State to respond properly to the legitimate demands of its people in order for normalcy to return to the country.

Second:
To the Lebanese people of the uprising (in Lebanon and abroad) we say: Preserve the purity and peacefulness of your movement and prevent any party from exploiting its outcry, thus transforming it into a “coup” against the State as such. This will inevitably destroy Lebanon’s democracy.

A week has passed since this continuous popular uprising began – an uprising that has clearly shown the deep respect of the Lebanese people for the basic freedom of expression. But it is also necessary to respect the freedom of movement of the citizens of Lebanon so that they may be able to have access to their basic needs, especially those related to health, education, and securing the normal economic necessities of life. This way, public opinion will continue to support the uprising.

In this context, we call upon the demonstrators to designate from their midst certain persons as interlocutors with the concerned authorities to reach effective solutions. At the same time, we appreciate the efforts of the Lebanese Army and the various Security Forces who have embraced and protected this movement. We call upon all parties to cooperate with these Forces and abide by the security measures they take.

Third:
To the International Community we say: Do not abandon your role in supporting the first democracy that emerged in the Middle East, and to preserve the first experiment of Christian / Muslim partnership and coexistence that emerged since World War I. We call upon you to help Lebanon solve the problems resulting from the wars of the countries of the region, and to strictly implement all international resolutions. The uprising of the Lebanese people today is but an additional proof to the world that the people of Lebanon deserve a free and democratic life, in a sovereign, independent, stable and prosperous State

We also call upon the world community, both regional and international, near and far, to support the Lebanese people and government to remain a beacon of light and freedom in this East, and to fulfill its calling to be a “Nation/Message of co-living among various religious communities,” as the late Pope, St. John Paul II, phrased it.

The WCRC calls on its members to join the church leaders and people of Lebanon in prayer and support.