WCRC calls for prayer for Kenya 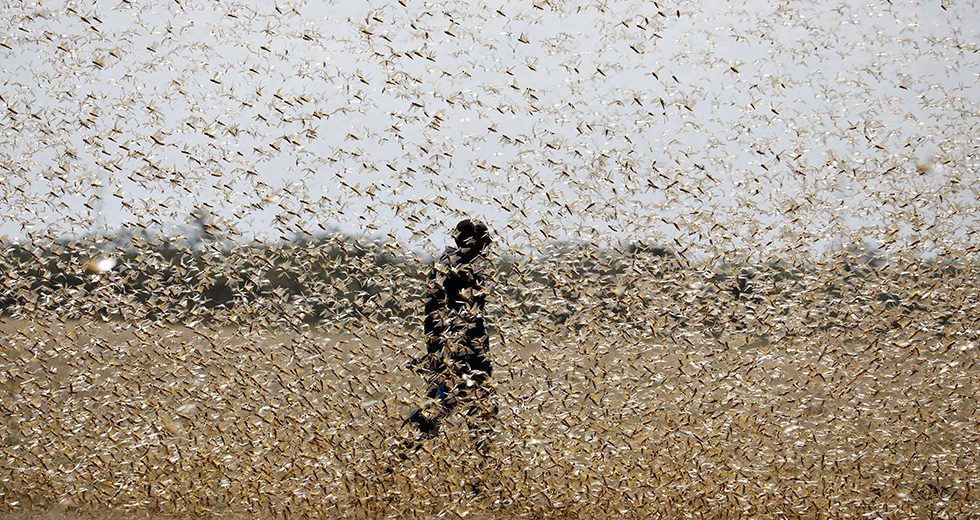 The World Communion of Reformed Churches (WCRC) calls on its member churches and sisters and brothers around the world to hold in prayer Kenya and other nations currently beset by swarms of locusts—and to provide material assistance as possible.

It has been reported that locust swarms have been tracked in Kenya as large as 2400 square kilometers, estimated to contain 192 billion locusts. Reuters reports that a “single square kilometre swarm can eat as much food in a day as 35,000 people” and that swarms can “can fly up to 150 km a day with the wind.”

The United Nations Food and Agriculture Organization (UNFAO) said it would need $76 million to combat the crisis immediately, though only a fraction of that amount has been readied.

“The locusts are also breeding in the country and a second invasion has been reported in some areas. This poses a huge threat to our food security with dire consequences to both humans and livestock,” says Veronica Muchiri, a member of the WCRC Executive Committee from Kenya.

If not contained, the number of locusts in East Africa could explode by up to 400 times by June, the UNFAO reports, potentially devastating agricultural production in a region where millions of people already go hungry.

“Countries on the frontline of the battle against the infestation are short of vital supplies. Kenya ran out of pesticides. Ethiopia needs more planes. Somalia and Yemen, wracked by civil war, can’t offer security to exterminators,” reports Reuters.

Please pray for those impacted by the locust swarms and for those who are working to eradicate the threat.