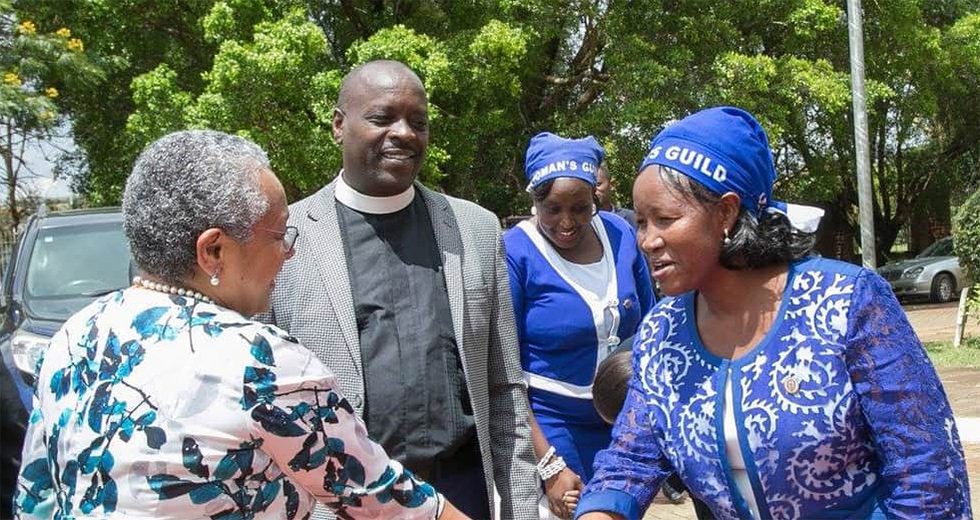 The World Communion of Reformed Churches (WCRC) mourns the passing of Peter Kariuki Kaniah, out-going secretary-general of the Presbyterian Church of East Africa (PCEA). Kaniah, 54, passed away on Sunday of complications from COVID-19, in Nairobi, Kenya.

“Rev. Kaniah will be remembered for his commitment and passion to serve the church and further the cause of justice not only in Kenya, but in the world, and the ways in which he was able to perceive justice as emerging from a perspective of faith,” said Chris Ferguson, WCRC general secretary, in a letter of condolence to the PCEA.

Ordained in 1997, Kaniah began his service as PCEA general secretary in 2015.

“We grieve with the PCEA during this time of their great loss,” said Lungile Mpetsheni, general secretary of the Uniting Presbyterian Church in South Africa. “It is a loss to the ecumenical movement at large and the Communion of Reformed Churches, particularly.”

“Rev. Kaniah was a dedicated church leader who provided inspirational leadership over a church that has experienced tremendous growth, not only in numbers of members, but in depth of commitment to Jesus Christ demonstrated in its community service,” said Debbie Braaksma, Presbyterian Church (USA) World Mission coordinator for Africa, who lived and served in Kenya.

The WCRC asks its members to be in prayer for the family and friends of Kaniah and the PCEA, and to express their solidarity and condolences during this time of mourning.

Image: Kaniah and Veronica Muchiri, WCRC Executive Committee member, welcome the First Lady, Her Excellency Margaret Kenyatta to the PCEA Woman’s Guild National Day of prayer for peace in the nation before the 2017 general elections.