Dimitrios Boukis: The Church should become a real solution 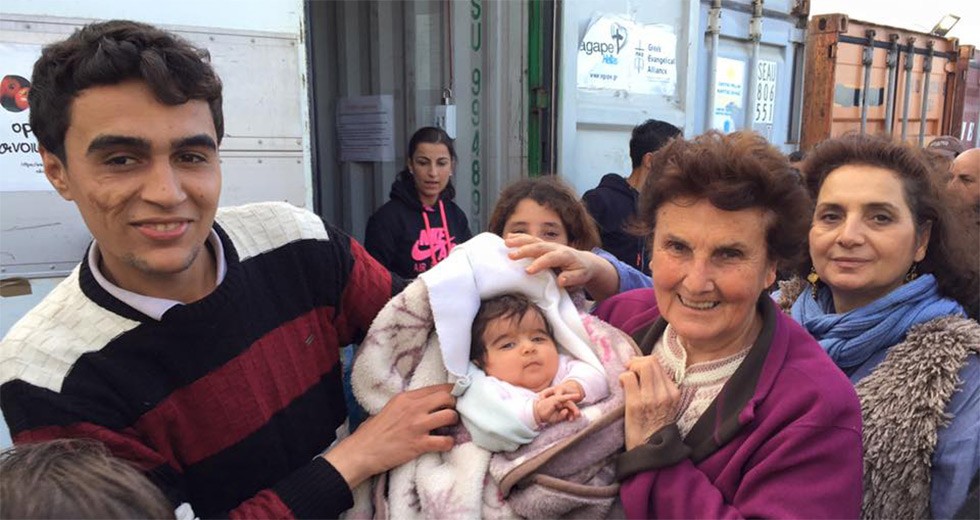 Sabine Dreßler talked to Rev. Dimitrios Boukis, general secretary of the Evangelical Church of Greece, about the current situation of refugees in Greece.

How do you experience the current situation in Athens where so many refugees are stranded?

The current situation in Athens is becoming more chaotic and complicated by the hour. The once “transit refugees” are now an ongoing “stream of people,” confused and puzzled because they see their hopes and dreams at a standstill in extremely poorly organized camps and “hot spots.” No one is really sure what the exact number of refugees is and even worse the government agencies seem to be totally unprepared to handle basic needs for food and “room and bath.” The ongoing refugees are now flocking to all possible “public buildings” not in use, like the old airport facilities in Athens, closed in 2002, a number of sports arenas, old army camps, etc.

A major challenge is feeding them, which is largely covered by the private donations of organizations, businesses, churches, local authorities and common people. The ECG has a strong presence providing food, clothing and children’s programs in different areas of Athens.

Your church is also involved in supporting the people in Eidomeni. Could you describe the situation for us? What is needed most right now, in practical terms as well as in politics?

The ECG has a presence in Eidomeni since the very early beginning of the refugee crisis. Today the situation is out of control and changes rapidly. We do not know what to expect every time we visit the site. The once transit station of the United Nations in Eidomeni is now an endless refugee camp of over 12,000 persons. There is an immediate need of proper shelter and better feeding, bathing and lavatory facilities. It is obvious that all these people need to move to the infamous “hot spots” established in an area fairly close to Eidomeni. But even the “hot spot” will not be able to host more than a third of the persons now camping on the borders with FYROM [the former Yugoslav Republic of Macedonia]. 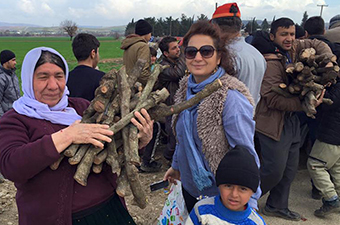 The ECG is heavily involved in providing food, clothes, tents and firewood to more than 6,000 people four days a week. It is obvious that none can replace the European and Greek governmental policies and plans that can provide permanent solutions for the massive issue of the refugees in Eidomeni.

I believe that the Church should become a real solution of the problem by fighting this battle for humanity in two fronts:

The first is to immediately provide all services possible to the people in Eidomeni and elsewhere they can reach. This requires human forces and financial generosity. The most urgent need is for food supplies, tents and warm covers.

The second front is for the Churches in Europe to publicly support all policies of compassion and true solution of the problem, which means to support the voices of those politicians who open their countries to host the refugees while they are fighting for the end of war in Syria.

The borders of the Balkan refugee route are closed now, the European Union is highly disunited and haggles over numbers of refugees, over relocating people. As a Christian and a Reformed pastor: What is your message to us as Churches in Europe?

As a pastor of a Christian Church, I believe that the Church of Christ in Europe should find its real mission once again by achieving the respect of the people in Europe, as it becomes an agency of a pragmatic solution of the problem. To reach this goal, the European Churches should move out of their comfort zone of simply being a “national church” and offer a “salvific presence” in the whole of the European society. This presence is nothing more than putting into action the common Church belief of the “sanctity of all persons created after the image of God.” After all, “Religion that God our Father accepts as pure and faultless is this: to look after orphans and widows in their distress and to keep oneself from being polluted by the world (views)” (James 1:27).

About the Evangelical Church of Greece

The Evangelical Church of Greece is the oldest Protestant denomination in Greece, first established as the Greek Presbyterian Church of Athens in 1858. A few years later, in the 1870s, a second Greek Protestant Church of Congregational origin was established in different areas of Asia Minor and Pontus of the Ottoman Empire.

The ECG is a Reformed church of Presbyterian/Congregational order with 33 churches in Greece, 5000 members and 28 pastors. Given its size, the ECG has a rather large diaconal service through various children’s and youth camps, two rehabilitation centres for substance abuse persons, a refugee centre and language training program for refugees in the center of Athens (since 1994), a programme and a shelter for assisting, training and hosting victims of human trafficking and is one of the major contributors to the two elderly houses of the Evangelical/Protestant community in Greece.