WCRC calls on members to help save Sheikh Jarrah 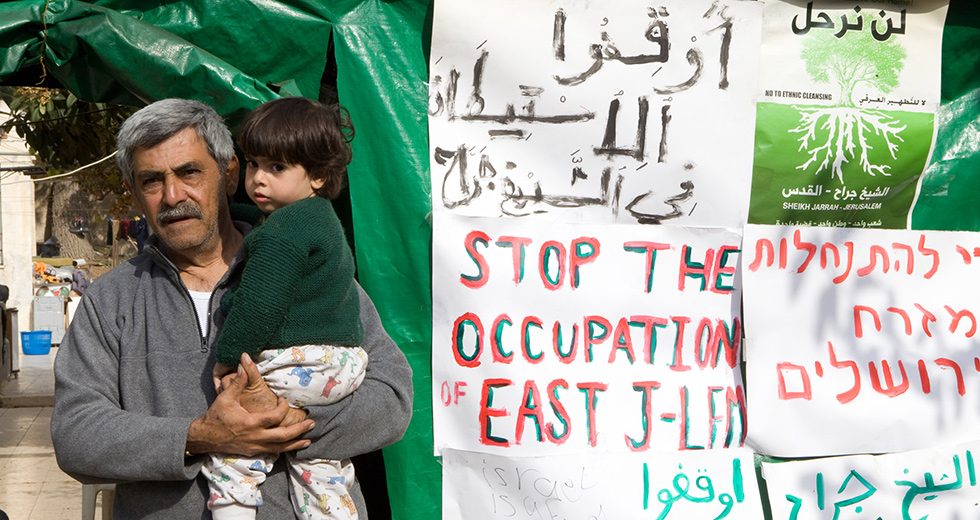 The World Communion of Churches (WCRC) calls its membership and the wider ecumenical movement into prayer and action for the impending evictions in the Sheikh Jarrah neighbourhood of East Jerusalem. This latest threat of evictions is part of the ongoing suppression of human rights of Palestinians and a denial of their right to life and livelihood.

The Israeli district courts have ordered a forced eviction of four Palestinian families by 2 May 2021 with additional families to be evicted by August.

However, due to a current move to populate the area with Israeli settlers, Palestinian residents are being forcefully evicted and are facing continual harassment. Suma Al Kawasmi, a resident of the Sheikh Jarrah neighbourhood, told the WCRC about the harassment faced by the residents, saying that Israeli settlers “are walking around the neighbourhood with guns and that is why, most of the time, we are always afraid to leave the kids in the neighbourhood.” Further, the WCRC has learned that settlers’ dogs attack the residents.

The WCRC calls on its membership to:

The WCRC further calls its members to study and sign the Kairos Palestine document, “A Cry for Hope: A Call to Decisive Action.”

Image courtesy of The Action Network.

← Member Church News: Supporting, Advocating, Vaccinating
From the General Secretary: What does God require of us? →