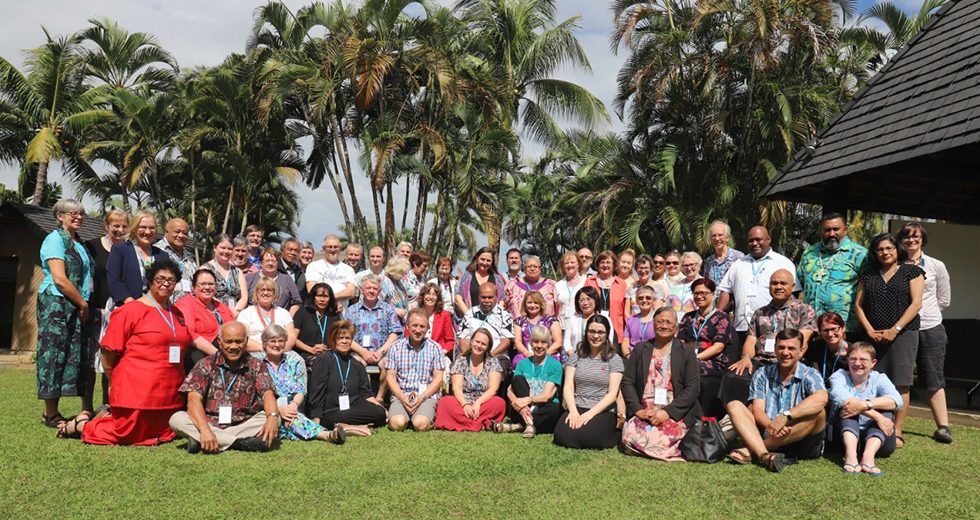 The Evangelical Church of the Rio de la Plata (IERP) inaugurated its new Dietrich Bonhoeffer Temple and Ecumenical Center at a day-long festival.

Called to be bearers of hope: More than 60 people from all over Australia gathered in Nadi, Fiji, to take action to address climate change and gender justice.

Partnership has expanded students’ faith in two countries: In 1980, the year churches in the Missouri Union Presbytery decided they wanted to help Christians in the Reformed Church in Hungary, the churches had no idea that it would blossom into a partnership ministry to benefit their youth programs.

A medical mission from Taiwan to Burkina Faso is also strengthening the faith of many.

For the past two years, Presbyterian Church (USA) members have worked to collect enough books and Bibles to build a theological reference library for seminary students in Gambella, Ethiopia. The project, launched at the request of leaders of Jordan Bible School, the only theological training school of the Evangelical Church Mekane Yesus in the Western Gambella Bethel Synod of Ethiopia, will assist the school to meet requirements to become a certified, degreed program.

Seven Christian denominations in the United Kingdom have written an open letter to Boris Johnson, the new Prime Minister, expressing concern that a no-deal Brexit will hit those living in poverty hard.

European Union leaders “must finally do something about the humanitarian crisis” of immigrants in the Mediterranean Sea, says Cornelia Füllkrug-Weitzel, president of Brot für die Welt (Bread for the World).

The National Council of Churches in India-Dalit and Tribal/Adivasi Concerns and Catholic Bishop’s Conference of India-Office for SC/BC have issued a call to observe 10 August as a “Day of Mourning” to highlight the continual negligence of the government to the cry for the rights of Dalit Christians and Muslims.

Cambodia, a country where the church and Christianity was completely erased from history and was forbidden until the early 1990s, became the venue of the Christian Conference of Asia’s annual executive committee meeting last week.