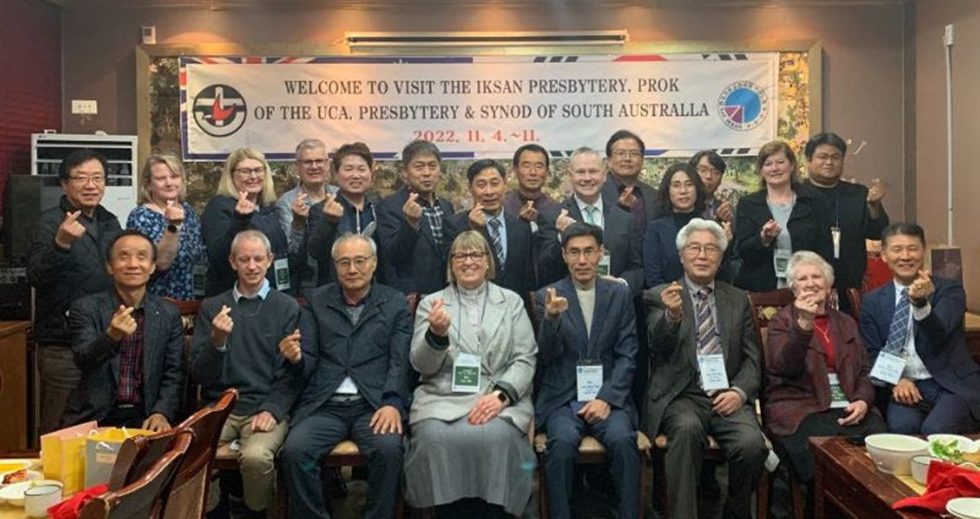 Leaders from around the world are gathering at the 27th Conference of the Parties of the United Nations Framework Convention on Climate Change (COP27) in Sharm el-Sheikh, Egypt. Two people affiliated with the Christian Reformed Church are there with them, as is a delegation supported by The United Church of Canada and another delegation from the Presbyterian Church (USA).

An international mission group from the Synod and Presbytery of South Australia is currently in the Iksan Province in South Korea for the 31st anniversary of its partnership agreement with the Presbyterian Church of the Republic of Korea.

In heeding the biblical call to love strangers and to do justice, many members of Protestant Church in the Netherlands have opened their hearts and homes to those fleeing Ukraine, said General Secretary Rene de Reuver in his recent message.

The United Church of Christ, on All Souls Day, remembered in prayer the 159 people who lost their lives in the crush of a Halloween party in Seoul, South Korea.

A new book is not only a glimpse into the plight of contemporary Taiwan’s aboriginal people, but also a spiritual book suitable for Christians to read.

Be a digital justice advocate: new guide shares what that really means: As the new “Digital Justice: A study and action guide” was launched on 7 November during an online workshop, dozens of people from across the world gathered online to define what it means to be a digital advocate and how to bridge the digital divide.

African youth discovered positive ways to advance peace, good governance, and reform despite obstacles at the All Africa Youth Congress.

As part of the annual partners meeting of the Middle East Council of Churches, held last week in Beirut, the MECC General Secretariat organized an ecumenical tour to the churches in Lebanon.