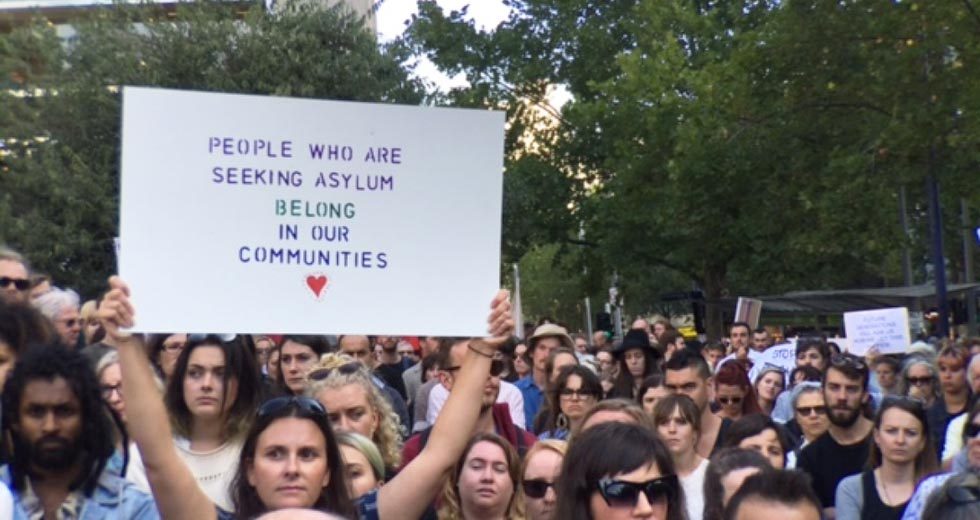 A leading Church of Scotland minister has been awarded one of the highest honours of the Roman Catholic church. Former Moderator Dr Sheilagh Kesting, received the award in recognition of her work to improve relations between the two churches.

The United Church of Christ, honouring a sacred commitment to work for a just world for all, is listening to the citizens of America’s First Nations, joining the people of many tribes at the Standing Rock Sioux Indian Reservation in North Dakota against an oil pipeline under construction across four states that threatens sacred Native lands and the water supply of millions of Americans.

The United Church in Jamaica and Cayman Islands gathered a small task force to look at short-term and long-term responses to the devastation caused by the hurricane in Haiti in October 2016.

J. Herbert Nelson, II, stated clerk of the Presbyterian Church (USA), has issued a statement in response to the violenceon America’s streets after the election of Donald Trump: When incivility becomes the norm

On Sunday, the first since Donald Trump was elected the next president of the United States, UCC clergy from Asheville N.C. to Tucson, Ariz., and Brooklyn, N.Y. noted more people in the pews during worship.

ALC Noticias is posting a three part analysis of the situation in Colombia as the country continues to work toward a lasting and just peace.

Human trafficking has been unfortunately thriving in many parts of the world. The magnitude of this heinous crime remains underestimated owing to its insidious and complex nature. The Asia Regional consultation by the Christian Conference of Asia (CCA), being held from 14 to 17 November 2016 in Chiang Mai, Thailand, emphasizes coordinated ecumenical advocacy to combat human trafficking.