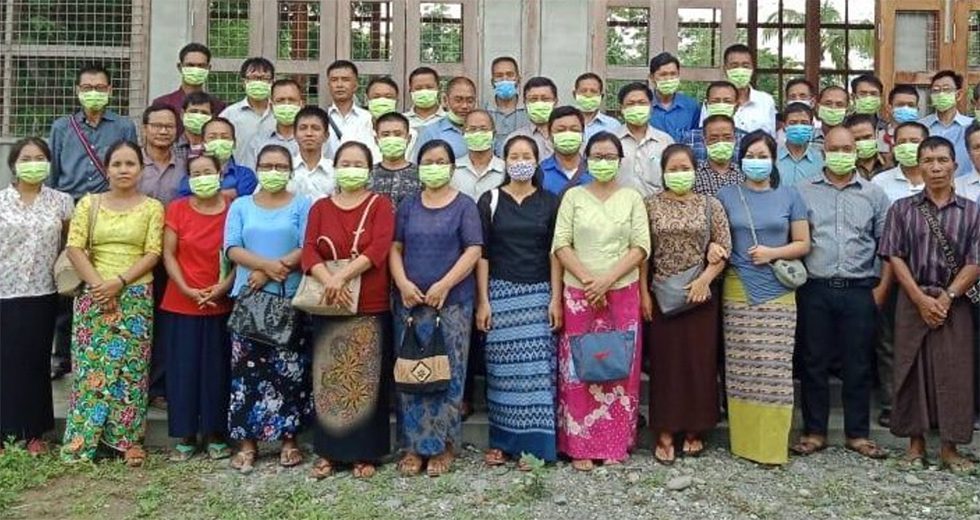 In a historic first, the University of South Africa (Unisa) has appointed a woman as its principal and vice-chancellor. Puleng LenkaBula will take up the post in the new year.

Plans are under way to begin the ninth round of Roman Catholic-Reformed dialogue in the United States. The group of 14, which includes two elected people from each of the four Reformed denominations — the Presbyterian Church (USA), the Christian Reformed Church in North America, the Reformed Church in America, and the United Church of Christ, along with six Roman Catholic representatives, will review the Joint Declaration on the Doctrine of Justification (JDDJ), approved by the Lutheran World Federation and the Catholic Church—and associated to by the WCRC.

Wilbert Van Saane, a member of the Dutch Church representing Kerk in Actie, and a professor at the Evangelical Theology School in Beirut, expressed his sorrow and regret due to the material and psychological damage that affected the Lebanese, especially the Beirut Citizens. He explained the nature of his role in the Middle East Council of Churches Ecumenical Committee, noting the humanitarian and relief work carried out by the Evangelical Church in Lebanon and the Netherlands.

Every November 20th, the Black Consciousness Day is celebrated in Brazil. On that date in 1695, Zumbi dos Palmares, leader of the Quilombola resistance and symbol of the struggle for freedom of people of African descent in Brazil, was murdered. Resistência Reformada is commemorating the event with a Live on YouTube this Saturday, 14 November, where several artists will be present.

The Presbyterian Church (USA) stands in solidarity with our partners in the Presbyterian Church of Nigeria, applauding the courage and passion of the young people who have been leading popular protests against police brutality in Nigeria and lamenting the Nigerian military’s heavy-handed response to these peaceful demonstrations.

The Uniting Church in Australia is marking NAIDOC (National Aborigines and Islanders Day Observance Committee) Week by sharing stories of First Peoples and their deep connection with the land. One of the stories tells of Frontier Services Outback Links volunteers as they work with Adnyamathanha people at Mt Serle Station in the Flinders Ranges.

Children with migrant and asylum seeker background face many challenges in the Hungarian education system, and now that everything moved online it has become even harder to keep up with the class. Eszter Kállay, a teacher at Kalunba Social Servies Ltd. supported by Swiss Church Aid (HEKS/EPER) shares her thoughts and experiences as well as plans for the future, when face-to-face interaction will be possible again.

Women’s Leadership Developer: Elaine May has a “passion for encouraging, developing, and supporting women in all types of church leadership.”

Women make up between 30 and 40% of the pastoralists in Switzerland. Equality has not been achieved, but the gender mix, which has gradually been achieved, has contributed to the evolution of the profession.

Germany’s main Protestant and Roman Catholic churches have announced plans for a campaign to be launched in January 2021 to encourage Christians to take a clear stand against increasing antisemitism, recognizing it also has Christian roots.

After ongoing consultations between church and healthcare leaders from many countries, the World Council of Churches has published an “Ecumenical Global Health COVID-19 Response Framework.”