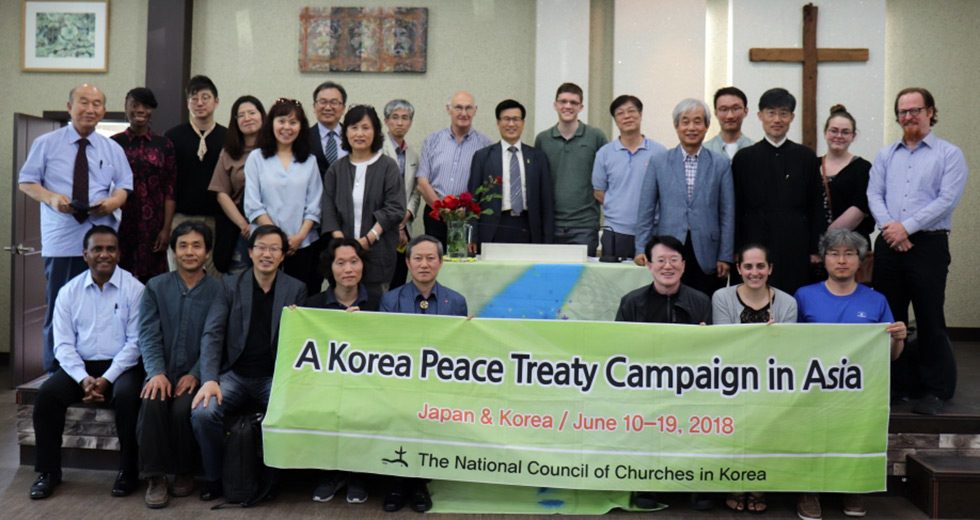 The country of Niger in West Africa is only one percent Christian, but “the faithful witness and long-term vision of these believers is great,” said Presbyterian Church (USA) mission co-workers Michael and Rachel Ludwig, who have worked in mission and ministry alongside the Evangelical Church in the Republic of Niger.

The United Church of Christ is calling its congregations, conferences and ecumenical partners to a Week of Prayer for Refugees—especially for those who may not be afforded the opportunity to build a new life in the United States because of the government’s still shrinking limits on the number of refugees allowed into this country every year.

Andrew MacPherson, a former Youth Moderator from the Church of Scotland, reflects on his travels to Japan and South Korea through text and video.

The Council for World Mission’s first Asia Youth Initiative gathered 55 participants from East Asia and South Asia member churches in Seoul, South Korea, in early August. It was a time of mutual learning and encouragement as they engaged with missional issues in their regional contexts which included civic engagement and multimedia, safe spaces for youth, human sexuality, poverty and understanding ecumenical movement.

The World Council of Churches is celebrating its 70th anniversary in the Netherlands on 23 August and has received numerous congratulatory greetings even as a youth pilgrimage offers room for new visions.

An Asia Regional Consultation organised by the Christian Conference of Asia (CCA) on “HIV/ AIDS, Human Sexuality and Reproductive Health” explored possibilities of creating space for churches in Asia to discuss concerns related to HIV and AIDS, human sexuality and reproductive health that include aspects of physical, psychological, social, emotional and spiritual make up of an individual.

← Flood relief efforts continue in Kerala
GEM School 2018: “If you are not invited to the table, bring your own chair” →