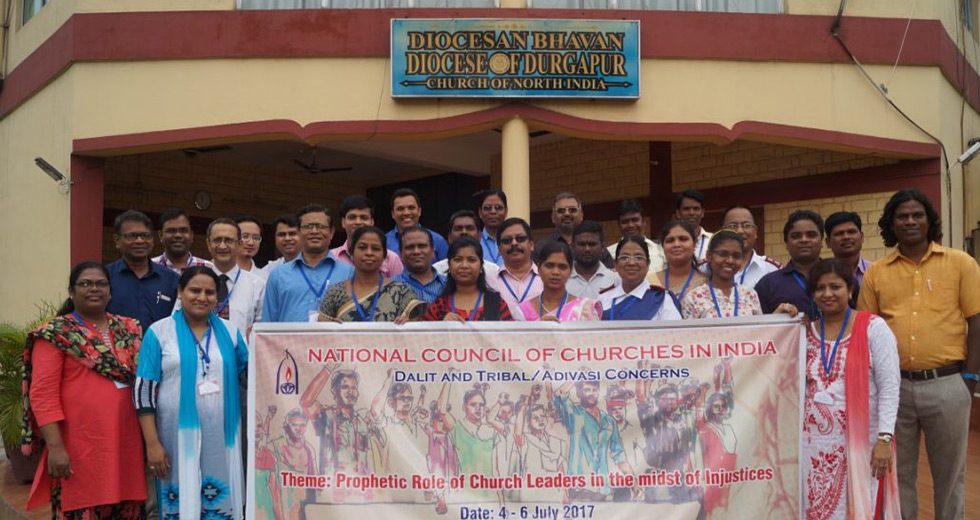 A peace accord ratified between the Colombian government and the FARC (Revolutionary Armed Forces of Colombia) guerrilla group in late 2016 has been in the process of implementation this year, and former guerrilla combatants have settled in 25 “transitional normalization zones” around the country. The process of transitioning into civilian life has included educational programs and the laying down of arms through a three-part handover to the United Nations. The arms handover is now 100 percent — a hopeful sign for the construction of peace in Colombia.

In order to make church leaders who are involved in working with Dalits and Tribals/Adivasis well acquainted with the new developing forms of oppression and resistance, NCCI-Dalit and Tribal/Adivasi Concerns, in partnership with Evangelisches Missionswerk in Deutschland (EMW, Germany), Christian Service Agency and Diocese of Durgapur – Church of North India (CNI) organized a three dayconsultation for central and northern region of India on the theme Prophetic Role of Church Leaders in the midst of Injustices.

“What are we going to do with these people who are shedding tears day and night, who are wounded in their hearts, about these children who are suffering? How can the church be a light in the situation? How can we give hope? God has entrusted us with this responsibility, to be the voice of these people.” This was the anguished cry of leaders of the South Sudan Council of Churches, contained in a pastoral message recently issued by the council.

The World Council of Churches is inviting people across the world to unite in peaceful actions to create a common international public witness for just peace in Palestine and Israel through a World Week of Peace from 17-24 September.