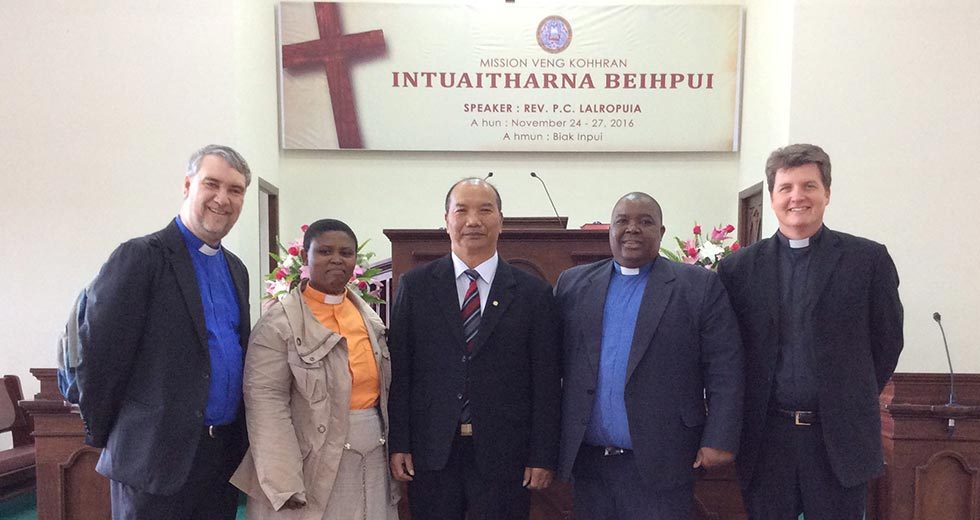 At the international conference called “Expatriates, Exiles and Refugees,” which took place in Litomyšl from 14 to 16 October 2016, Dirk Stelter, the chief executive of the Evangelical Church in Germany (EKD) and Gerhard Frey-Reininghaus, the chairman of the Evangelical Church of Czech Brethren, commemorated the twenty-year anniversary of the EKD Synod’s statement on Czech-German relations.

A spontaneous Skype call and the Holy Spirit brought the leaders of four, United/Uniting and progressive Christian churches from around the world together for a serious discussion on collaboration.

Although the members of the Botocan community in Manila, Philippines, are considered among the urban poor, their sense of community and cooperation reaches beyond that of most middle class and wealthy subdivisions.

The Conference of European Churches has named Szabolcs Lörincz (of the Reformed Church of Hungary) as assembly coordinator for its upcoming General Assembly, which will take place in Novi Sad (Serbia) from 30 May to 6 June 2018.

The upcoming 500th anniversary of the Reformation represents a chance for the church to reflect on the lessons of past and take a critical look at what may be barriers to relationships between different denominations, according to general secretary of the World Council of Churches.

← WCRC statement on detention, deportation of WCC official
Dialogue focuses on ministering to the world →