The Scandal of Hunger 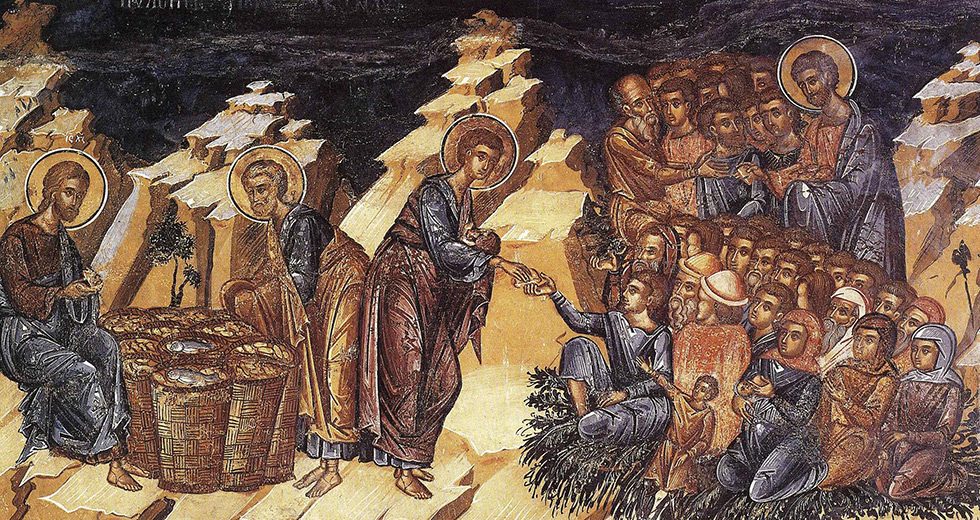 The second annual Global Day of Prayer to End Famine is 10 June. Philip Vinod Peacock, WCRC executive secretary for justice and witness, wrote the following meditation to be shared freely.

We are living in the midst of a world hunger crisis. In 33 countries throughout the world there is a “very serious” or “grave” hunger situation. These countries are right at the bottom of the Global Hunger Index 2008. The Democratic Republic of Congo, Eritrea, Burundi, Niger and Sierra Leone are the worst of a total of 88 countries in the ranking, and the situation there is extremely serious. Grouped according to world regions, Sub-Saharan Africa is the worst, followed by South Asia. Altogether, the number of people suffering from famine worldwide has risen from 848 to 923 million people. The statistics are taken from the report of the International Food Policy Research Institute, Washington.

However, what the document does not speak of is the scandal of hunger, where many have no food while at the same time the elite minority of the world can afford to waste. The scandal of the poor sifting through the garbage of the rich to pick out a morsel to eat, the scandal of poor children begging at traffic lights while the rich feast on their Kentucky Fried Chicken in the comfort of their air conditioned cars.

Food and eating were central to the life of Jesus; the picture that the gospels offer us is one of a Jesus who is often found to be eating as well as preparing food for others. Many parables and quite a few miracles have to do with food and the culture of eating. One of the more famous “eating” stories of Jesus however is the one found in Mark 6. Popularly called The Feeding of the Five Thousand, this narrative about food is one that I am sure that all of us are very familiar with. One of the unique things about this narrative is that it appears in all four gospels; it is probably the only miracle to do this. This is possibly an indication of the important place that this narrative had in the context of the early Christian community. Yet it is surprising that the gospel writers make no attempt to explain the dynamics of the miracle. The significance of the story seems to not to lie in the miraculous appearance of the food but rather in the fact that everyone ate and that there was food in abundance, so much so that twelve baskets full of food were left over! The narrative then plays the role of a subversive text in the context of a system in which food was not freely and plentifully available and a context in which a culture of eating was organized around the ideology of purity and pollution—a situation that seems to resonate with our times today. It is further contrasted with the story of Herod’s birthday party which in almost all the gospel narratives appears before it. The contrast between the dinner party of the elite where violence takes place and the dinner on the meadow is stark, evoking several questions for us.

The question “What’s for dinner?” is one that is often heard in the context of the household. It is a question that is most often asked by men to women as women are the ones who are patriarchally defined as being in charge of food preparation. The answer to the question, “what’s for dinner?” is of course determined by purchasing power, culture and availability. While purchasing power has always been a question of the market, with the onslaught of globalization we find that even the criteria of culture and availability are subsumed to market forces. It is now possible to buy anything from anywhere at your local supermarket, provided one has the purchasing power.

It is important to note that Jesus does not agree with the disciples’ suggestion that the people who have come to listen to him go away to buy food. The text emphasizes that money is insufficient in being able to provide for the needs of the masses. Jesus takes it upon himself to provide food for the people as the market and money are not seen as viable options to do this. He seeks a solution away from the dominant economic order. Even today we have to admit that the market is not a viable option to feed the starving millions in the world. There are many, many children and others who are faced with malnutrition and starvation in the world today. The reason for this is not because there is not enough food, we have more food than we could possibly need, food is even thrown away to keep prices up, however the reason why people are dying of starvation is because they cannot afford to buy this food.

The market, as an economic institution, has failed as an instrument to serve the needs of the people in as much as it is unable to provide for those who are starving. While food is available in abundance for the wealthy, who bring food to their tables from the far corners of the world, the poor go hungry. Often it is precisely because of economic globalization and its resultant monetization that we have insufficient food for so many. In many countries the propulsion towards a cash economy has meant that farmers have shifted from crops that provide food security towards crops that bring in cash income. The pressure of a capitalist agriculture has meant that fruit, cotton and tobacco are grown to provide for the wants of the wealthy rather than the needs of the poor.

We need to search for an alternative to the demon of monetization. The market is taking increasing control over our lives; the problem with this is that as the market takes increasing control, the non-market activities of sharing, caring, nurturing and connecting are systematically being weakened.

There are many who suggest that the real miracle of this story is not that Jesus made food appear out of thin air; there is nothing in the text that suggests that this happened. What is more likely is that the people shared what food they had and that this proved to be more than enough for all who were present. If this is true then we have to admit that a far greater miracle happened because it meant a change in people’s attitudes and more than that presented a dramatic alternative to the market and the role that it plays in weakening human relationships. The miracle of the story is that Jesus presents a radical counter ideology to the ideology of the market by opening up the possibility of an economy of sharing to provide for the needs of the people.

In the Christian tradition God is remembered in the sharing and the partaking of food. When humans share food and eat with one another, across the barriers of region, caste, gender and ability God is present in their midst. The fruit of the earth and the fruit of human labour becomes the tangible presence of Jesus.

The beauty of the story of the feeding of the five thousand is that it is in a way a retelling of the holy meal, the Lord’s Supper. A table to which all are invited. It is a reminder to us as we partake of this holy meal, that all are invited, that food is shared and it is only when all have shared that the presence of Christ is to be found.