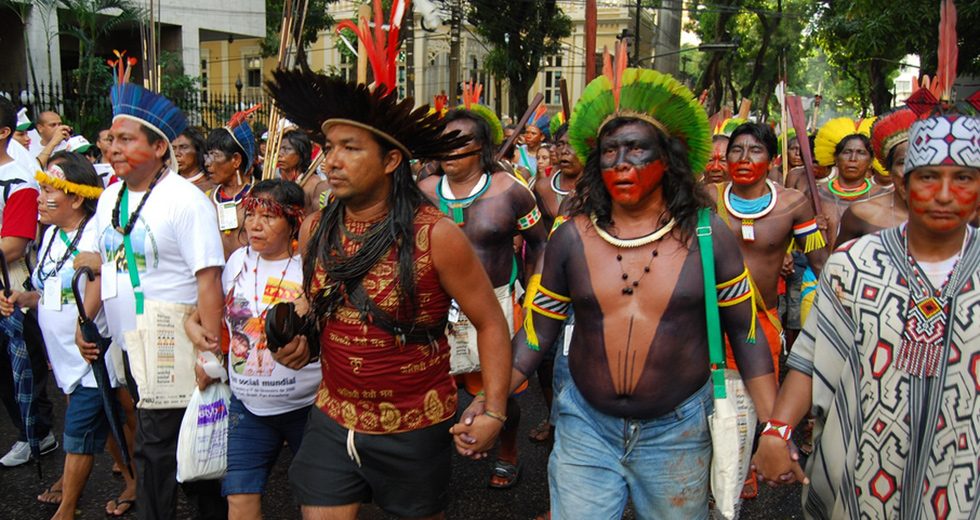 An online ecumenical conversation entitled “Creation Groans in the Amazon” on 22 August focused on the Amazon forest as a “sacred space for 34 million people suffering from the growth of inequality, land invasion, extractivism, relaxation of environmental laws, criminalization and murder of its defenders, and arson orchestrated by agribusiness—all of it made worse by proselytizing.”

In 2019, fires and deforestation in the Amazon made headlines, with more than 70,000 fires registered. In 2020, according to a report from Greenpeace International, in only the first 10 days of August, more than 10,000 fire sources were detected in the region, representing an increase of 17% compared to the previous year.

“What is shocking and revolting is that there is a total lack of respect for the forest and the 34 million people that inhabit it, including 380 types of indigenous peoples, of which 140 live in voluntary isolation,” said Mara Manzoni Luz, regional director of the Regional Ecumenical Center for Advice and Service (CREAS), a member of ACT Alliance.

“These are people that have already gone through all possible threats, resisted everything, and chose to live and protect their ancestral lands, their rivers, their forests. Now they have their lives, once again, at risk, due to COVID-19, which is affecting them fiercely,” added Manzoni, who is a lay member of the Anglican Episcopal Church of Brazil.

Manzoni said that proselytizing missionaries, using the Bible, are entering Indigenous communities against the will of the people, then dismantling community leadership, discrediting ancestral knowledge in alliance with big corporate economic projects.

The latest figures on the impact of COVID-19 in the region showed that as of 19 August, the number of Indigenous people infected by the coronavirus was 44,881; while 1,442 have died as the virus has spread among 221 different nationalities.

“What centuries of plundering has not achieved due to the resistance of the Amazonian peoples, is now being attempted by using the pandemic to advance agricultural frontiers, deforestation, and extractivism,” said Manzoni.