Anglican-Reformed dialogue focuses on the nature of communion 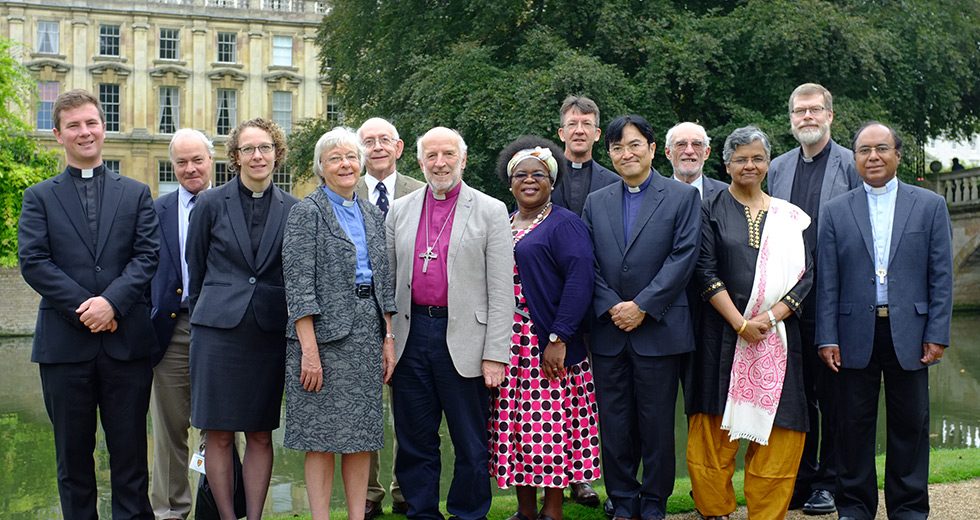 The International Reformed-Anglican Dialogue (IRAD) between the World Communion of Reformed Churches (WCRC) and the Anglican Communion met for its second meeting, at Clare College, Cambridge, England, 2 to 8 September 2016. The co-chairs are Elizabeth Welch (Reformed) and David Chillingworth (Anglican).

The current series of discussions is the first that the Anglican and Reformed communions have had since 1984, when their dialogue wrote the statement, God’s Reign and our Unity. The dialogue has been mandated to study the nature of communion (koinonia), a wide range of missiological challenges facing the two communions and the sources wherein the work of the Spirit may be discerned, notably authority and governance, episcope and episcopacy. The theme of this second meeting was “the nature of communion and its challenges.”

As part of its reflection on the nature of communion, there have been presentations and discussion from the perspectives of the Trinity in seventeenth century English Reformed theology in dialogue with contemporary Orthodox theology; a theology of koinonia from the perspective of the sending (missio) of the Son rather than the mutually dependent interpersonal relationships (perichoresis) between the Three Divine Persons and a reflection on the historical instruments within which koinonia has been maintained.

In a series of meetings the commission discussed the nature of communion, its quality and intensiveness, misunderstandings over theological and adiaphoral issues (neither authoritatively required nor forbidden matters), the continuities which provide the perennial bedrock of the two ecclesial traditions, and the ways in which such continuities are ritualized in contrast to society outside the church. In an atmosphere of reflection the commission considered how communion can be cared for and sustained when challenges threaten to overwhelm. The commission took stock of the challenges to communion experienced by both traditions, but remembered the creative improvisation and the joy and hospitality of the Word made Flesh on our behalf.

Members of the Commission were delighted to see the only autograph manuscript of the Westminster Confession at Westminster College, Cambridge, thanks to the good offices of Stephen Orchard, principal emeritus of the College. They were also made welcome by Christopher de Hamel and allowed see priceless treasures of the Anglican tradition in the Parker Library at Corpus Christi College, Cambridge.

This second meeting of the commission was hosted by the Anglican Communion and greatly facilitated by James Hawkey, Dean of Clare College.

To experience an example of vibrant ecumenical worship, the Commission was welcomed by the Philipa King to St Luke’s Parish Church which is a Church of England/United Reformed Church Local Ecumenical Partnership. Members of the commission later worshipped at Evensong in Ely Cathedral, thereby gaining a sense of the thousand year history of worship in cathedral churches.

The commission will meet again at Princeton Theological Seminary in early September 2017.