GEM School 2018: “If you are not invited to the table, bring your own chair” 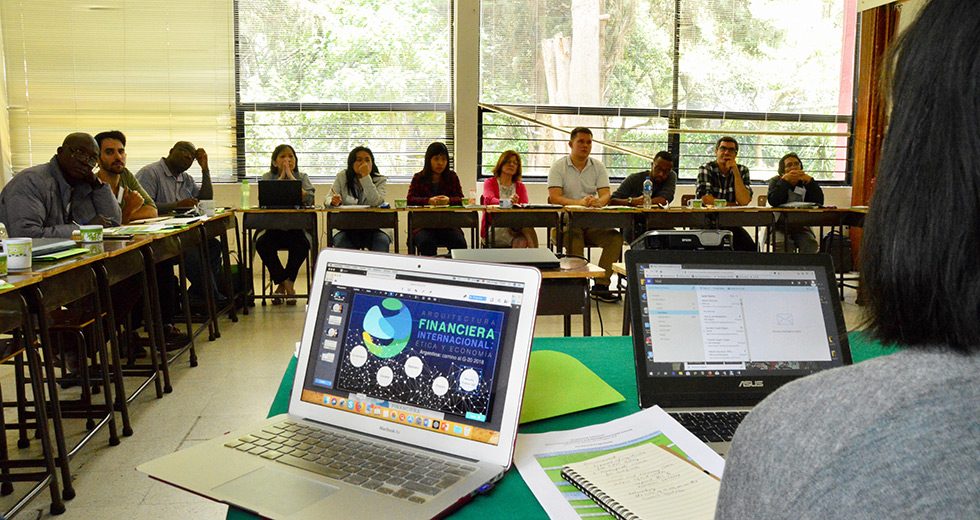 “Economic and ecological injustice is a faith imperative and it is inseparable from the belief in God. Concentration of power in the hands of the few is theologically incorrect,” said Chris Ferguson, general secretary of the World Communion of Reformed Churches (WCRC) at the opening of the GEM School in Mexico City.

The Ecumenical School on Governance, Economics and Management (GEM) for an Economy of Life began on 19 August 2018 in Mexico City. The 10-day programme is being attended by church leaders, theologians and activists from diverse backgrounds, inviting churches to actively participate and strengthen its role and voice in the context of global economics.

“In our unity we are sending an unambiguous message that we need a new international financial and economic architecture grounded in prophetic gospel values of our shared humanity where emphasis is on a life of dignity for all and for the protection of the earth,” said Isabel Apawo Phiri, deputy general secretary of the World Council of Churches (WCC).

The song “Bring Your Own Chair,” sung during the school’s opening worship, actively invited everyone—not just the powerful—sitting at the G20 Roundtable to bring their own chair and make their voices heard when it comes to global economic policymaking.

The GEM School, a joint initiative of the WCRC, WCC and Council for World Mission (CWM) aims to develop economic literacy within churches by equipping future leaders with a better understanding of churches’ engagement in mission and witness for economic justice. The GEM School is part of the New International Financial and Economic Architecture (NIFEA) programme.

NIFEA is a joint initiative of the WCRC, WCC, CWM and Lutheran World Federation. Both the São Paulo Statement: International Financial Transformation for an Economy of Life and Economy of Life for All Now: An Ecumenical Action Plan for a New International Financial and Economic Architecture identify the development of competencies in economics within churches as a priority.

NIFEA also comes from the Accra Confession which advocates the theological conviction that the economic and environmental injustices of today’s global economy require the Reformed family around the world to effectively engage injustices in the world as an integral part of their churches’ witness and mission.

“NIFEA is an important contribution to the Pilgrimage of Justice and Peace which has the overall themes of economic and climate justice, human dignity and peacebuilding,” said Phiri.

Accompanied by an international group of economists and theologians over the course of two weeks, GEM School participants will identify, relativize, contextualize and criticize the normative fundamentals and methodologies of economics, combining theological and economic dimensions.

“We need to put Jesus at the centre of economic justice and to do this is to displace the market system with an economy that is directed towards the needs of people,” said Roderick Hewitt, representing CWM, during his opening lecture on economic justice and liberation theology.