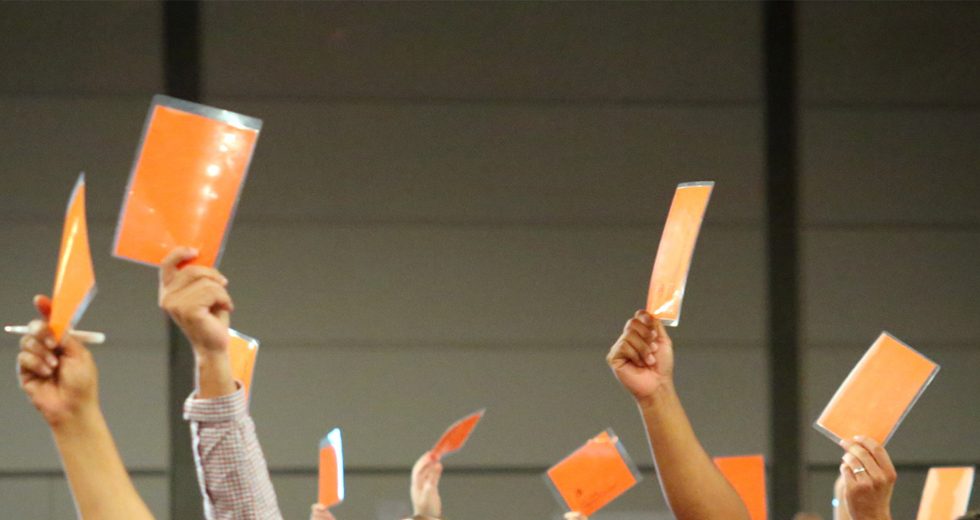 The World Communion of Reformed Churches (WCRC) is urging the forthcoming G20 summit meeting of leading economies to support the Paris climate change agreement following a decision by US President Donald Trump to withdraw from the accord.

The appeal came on 3 July at a meeting in Leipzig, Germany, of the General Council of the WCRC, which groups more than 225 Protestant churches around the world, in advance of the G20 meeting in the German city of Hamburg on 7 and 8 July.

“We’re all in this together,” he said. “The Paris climate change accord is significant for the life and justice of every person as well as God’s creation.”

The call to the G20 was part of a set of proposals on justice issues presented to the General Council, which is meeting from 29 June to 7 July. The G20 countries had the responsibility to ensure “life and justice” for every person in the world, the Council stated.

It agreed that WCRC should maintain advocacy to international organizations on issues including economic and ecological injustices, human trafficking, militarization, peace and reconciliation, escalating xenophobia and fundamentalisms.

The Council also underlined that one of the WCRC’s priorities would be seeking to transform the international financial system by working for a New International Financial and Economic Architecture.

The call for such a new architecture emerged after the financial crisis of 2008 and was supported in 2012 at a meeting in Sao Paulo, Brazil, convened by the WCRC and partner organizations.

The scope of the work should be broadened to include “macro-economic and ecological questions and work towards imagining alternatives to the current dominant economic system,” it stated.

The Council stated that the “primary areas” driving the WCRC’s justice work should be economic justice, ecological justice, gender justice and inclusive communities.

In 2004, the World Alliance of Reformed Churches—a forerunner of the WCRC—agreed the Accra Confession, which called for a faith commitment in the face of economic injustice and ecological destruction.

The Accra Confession warned of the convergence of economic, cultural, political and military power to constitute a system of domination led by powerful nations to protect and defend their own interests, a system it described as “empire.”

In Leipzig, the General Council resolved that with the guidance of the Accra Confession, the WCRC would “concentrate on the specific ways in which empire changes who we are and the contexts in which we live.”

This included a recognition “that while some of our churches have benefited from empire many others have deeply suffered its consequences.”

Watch Philip Peacock explain about the WCRC’s Justice plenary in the video below: