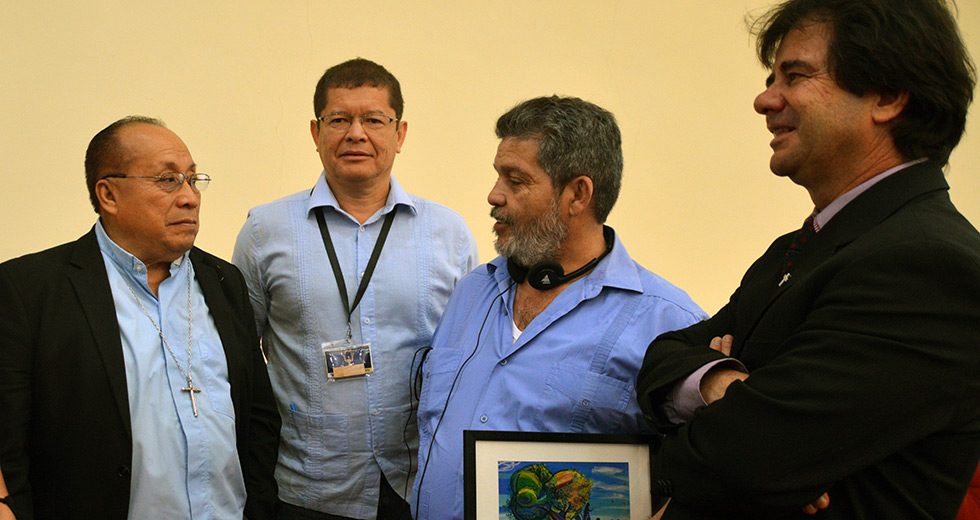 The World Communion of Reformed Churches (WCRC) and its member churches pledge to continue their work with the Colombian people to secure a just peace.

Chris Ferguson, WCRC general secretary, has hailed the Colombia peace agreement as “a significant step for both peace and justice in not only Colombia and Latin America but also for the world. ”

The agreement brings to an end the longest running internal conflict in the world, a half-century of war between FARC guerillas and the Colombian government. As part of the agreement, the FARC renounced its armed struggle and will seek to join in the political process.

“The war is over,” declared Humberto de la Calle, the chief negotiator for the Colombian government, “It is the time to give peace a chance.”

“We have won the most beautiful of all battles, of peace for Colombia. The battle with weapons ends and the battle of ideas begins,” said Iván Márquez, the FARC’s top negotiator.

“The negotiations have been long and difficult but show that progress towards a just peace can be achieved even in the most challenging circumstances,” said Ferguson. Prior to becoming WCRC general secretary Ferguson served for three years with the Programme for Ecumenical Accompaniment in Colombia, coming alongside and supporting communities in Colombia that are victims of violence.

The agreement addresses both the root causes of the conflict and its consequences. It also includes a schedule for thousands of FARC fighters to lay down their arms and reintegrate with Colombian society. The government commits to development programmes to address gross inequalities in the country’s long-neglected rural sector. It also agrees to widen the opportunities of political participation to smaller political movements, including the party that a demobilized FARC may create.

“This peace agreement is so important as it brings to an end a conflict that has drowned Colombia in a spiral of violence, poverty and death,” said Helis Barraza Diaz, moderator of the Presbyterian Church of Colombia and a WCRC vice president.

The Presbyterian Church of Colombia has long been involved in supporting the peace process, as well as the social justice issues that the FARC have highlighted. “The church has been active in supporting communities and displaced people, in the defence of their rights as well with legal advice,” said Barraza Diaz.

Through a grant from the Otto per Mille programme of the Waldensian Evangelical Church in Italy, the WCRC is helping to fund this continuing work, next focusing on accompaniment and verification of the peace process. The Presbyterian Church of Colombia, including its local congregations and ecumenical and civil partners, will work in the regions most affected by the conflict to verify that the terms of the peace agreement are being implemented.

“As a Colombian I thank God as today we have seen that there is an agreement that lays the foundation to compensate the victims and build a peace that is the fruit of justice where the horrors of the wars we have lived in Colombia are not repeated,” said Rev. Milton Mejia, a member of the Presbyterian Church of Colombia and general secretary of the Latin American Council of Churches (CLAI).

At its meeting in Havana, Cuba, in May the WCRC Executive Committee heard from a FARC peace delegation, whose leader, Marcos Leon, said, “We count on you, the churches, so that side-by-side we can build, with our communities, dignified living conditions.” 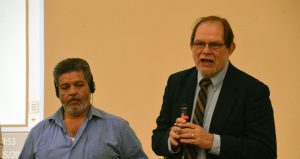 “The agreement puts an end to the period of conflict but building a lasting peace is a long term effort that will require the active support of the international community and ecumenical movement,” said Ferguson. “Without social justice there will be no peace, and the road to justice in Colombia is a long one.”

According to Reuters, the FARC took up arms in 1964 to fight against deep economic and social inequalities, many of which remain today. Funded by the cocaine trade and kidnappings for ransom FARC forces swelled to as many as 17,000 fighters at the end of the 1990s, controlling large areas of the country. Criminal gangs born out of right-wing paramilitary groups that were active during the worst periods of the conflict have since taken over some key drug trafficking routes.

“Colombians: the decision is in your hands. Never before have our citizens had within their reach the key to their future,” President Juan Manuel Santos said in a televized address.