Karl Barth’s life and work to be commemorated 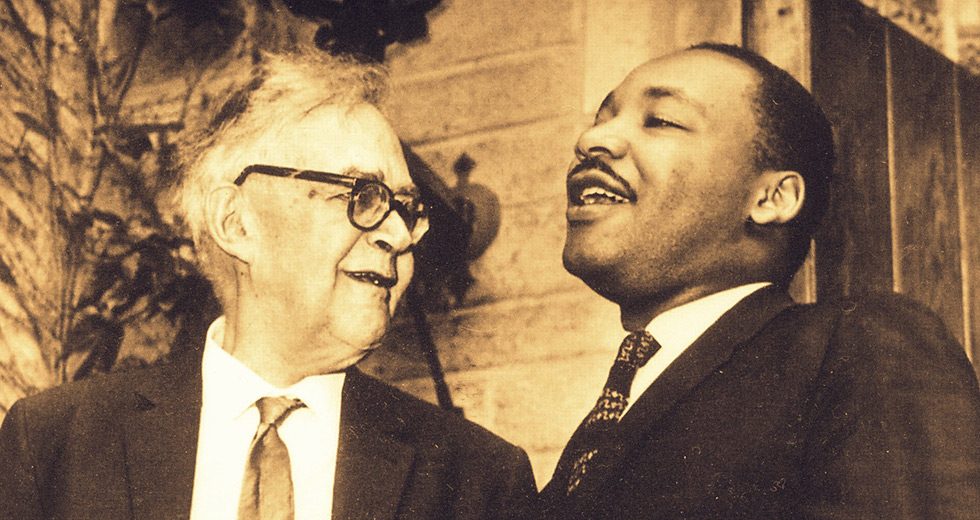 The life and work of Swiss theologian Karl Barth will be remembered in a new traveling exhibition and a series of events beginning in December. The theme of the year-long commemoration is “Gott Trifft Mensch” or “God Meets Man.”

“Karl Barth is the greatest theologian of the 20th century, and his work is very relevant even in today’s world,” said Achim Detmers, general secretary of the Reformed Alliance.

The 50th anniversary of Barth’s death—10 December 2018—will mark the start of events in Basel, Switzerland, with the presentation of the Karl Barth Prize by the UEK (Union Evangelischer Kirchen) and an exhibition in the University of Basel library.

Also to be remembered is the appearance of Barth’s significant The Epistle to the Romans in 1919, which began his international career. In the course of this career, Barth became a resistance fighter against National Socialism and a significant theologian.

The Reformed Alliance is responsible for the year of commemorations in cooperation with the Evangelical Church in Germany (EKD), UEK and the Schweizerischer Evangelischer Kirchenbund (SEK). By mid-2019 there will be a variety of events including a traveling exhibition hosted at Barth sites in Germany, Switzerland and the Netherlands.

“What we want to highlight through the exhibition and various events celebrating the work and life of Karl Barth is his dialectical theology. He is a theologian to be remembered, and people should get an idea of his work,” said Johannes Voigtländer, who has been responsible for the preparation, planning and implementation of the theme year. The Reformed Alliance has previously built theme years for Calvin (2009) and the Heidelberg Catechism (2013).

Barth is celebrated as the main author of the Barmen Declaration. In May 1934 the first “Confessing Synod of the Reich” met in Wuppertal, Germany, and made history with its Theological Declaration of Barmen. Reformed, Lutheran and United Churches agreed for the first time on a common testimony as the foundation of the Confessing Church. It was written to help Christians withstand the challenges of the Nazi Party and of the so-called “German Christians,” a popular movement that saw no conflict between Christianity and the ideals of Hitler’s National Socialism.

The Barmen Declaration is essential to the work of the World Communion of Reformed Churches and is one of the basic documents in the reflection on the inseparability of communion and justice at the 2017 General Council. The WCRC mission as a family of churches—called to communion and committed to justice—has dedicated itself to live out its identity as a confessing, ecumenical communion in the spirit of the Barmen Declaration and confessions of Belhar and Accra.

Barth was a Reformed theologian but has been described as “ecumenical” by some theologians for his vision. Barth and his work continue to be a major influence on theology students, academics and ministers today, and his words are fitting as a tribute to him:

“This much is certain, that we have no theological right to set any sort of limits to the loving-kindness of God which has appeared in Jesus Christ. Our theological duty is to see and understand it as being still greater than we had seen before.” (Karl Barth, The Humanity of God)