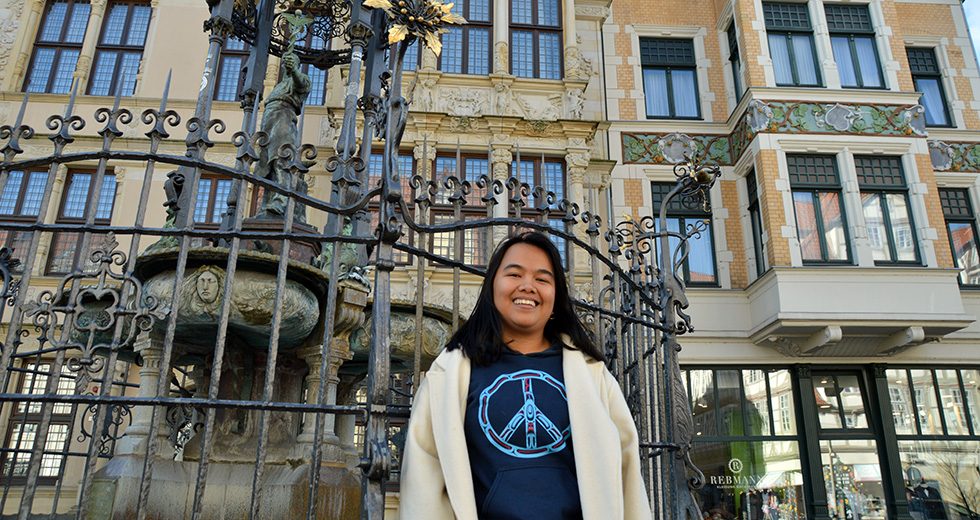 Meta Ginting looks forward to applying what she’s learned academically to the real world during her year as an intern at the World Communion of Reformed Churches (WCRC).

“As a researcher within the field of religious and cross-cultural studies, both my experience and knowledge will serve the needs of the WCRC,” Ginting says.

The daughter of farmers, Ginting grew up on the northern part of Sumatra, Indonesia, as a member of Gereja Batak Karo Protestan (GBKP) before she headed to Yogyakarta for school, including attending Duta Wacana Christian University to study theology.

“Most people that go to the seminary usually will graduate and become a pastor or a priest,” she says. “Little did I know that studying theology could lead people to various occupations other than a priest or church leader. At school I realized that theology graduates could be a teacher, a counselor, a researcher, activist, and many others.”

She shifted her focus from theology to religion and cross-cultural studies. “During my time studying I re-discovered my faith and found myself feeling so much joy in working with the least significant member of my society,” she says. “With the encounters I have with these people during my time in university, I concluded that it’s not enough for Christianity to be true, it needs to be good too—especially for the world that is fragile.”

She looks forward to seeing this conviction in action at the WCRC. “I am enthusiastic in learning how the WCRC with its members churches build the strategic plans on tackling the issues Christians face across the globe. I want to witness the action plan being implemented through the year and learn to adapt it into my local context back home,” Ginting says.

“As a young person myself, I would like to bring my experiences and put it into perspective on how ecumenical movement could be more engaged with the young adults’ community,” she says. “I would love to see more young people engage in the ecumenical movement.

“I hope to recover the sense of one body in Christ and touch the hearts of the younger generation,” Ginting says. “Thus, we can see and make sure that church in the future will still be doing what they do now and even doing a better job in implementing God’s world—walking with those who are oppressed and forgotten without taking their space but by being a voice for them and helping them to find their own voices.”

Ginting will be with the WCRC for the entirety of 2020. The WCRC will select its next intern by June to start in the latter half of this year.

The WCRC’s internship programme is made possible through contributions by the Evangelisches Missionswerk, Reformierte Kirchen Bern-Jura-Solothurn, the Presbyterian Church in Korea and other member churches.