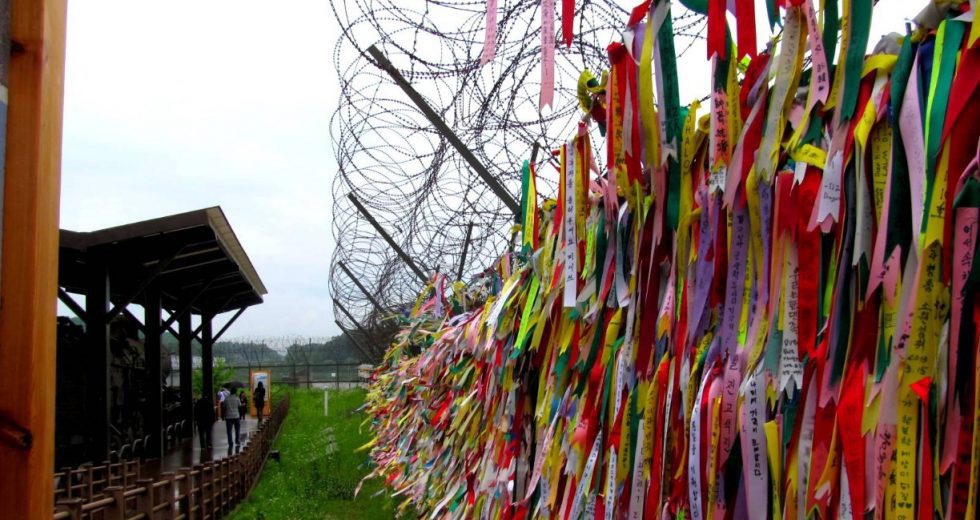 World Communion of reformed Churches welcomes and affirms the Panmunjom declaration and calls on all parties concerned to hold to its commitments. We regret the recent joint military exercises by the United States of America and South Korea that has introduced nuclear assets and threatens the spirit of peace, reconciliation and reunification in the Korean Peninsula.

WCRC calls for an end to these military exercises and for all parties concerned to return to dialogue. We believe that peace must be achieved through peaceful measures.

The 27th  of April 2018 witnessed a historic shift in relations between North and South Korea and a de-escalation of tensions in the Korean Peninsula.

The Inter-Korean Summit meeting at the “Peace House” at Panmunjom declared a new era of peace. It specifically called for a complete suspension of all hostile acts and working together to make the Demilitarized Zone (DMZ) an actual peace zone and a replacement of the armistice with a peace treaty.

The Panmunjom declaration further committed to a phased disarmament and working towards the goal of realizing a nuclear-free Korean Peninsula through complete denuclearization. We look forward to a successful summit between North Korea and the United States of America on the 12th of June 2018.

Peace and Reconciliation efforts in the Korean Peninsula have long been on the agenda of the World Communion of Reformed Churches. The recently concluded General Council in Leipzig received a delegation from the Korean Christian Federation. The General Council also instructed the WCRC to bring together many ecumenical initiatives working for peace to create an “Ecumenical Accompaniment Process for Healing, Reconciliation and Peaceful Reunification ofthe Korean Peninsula”.

We welcome the Panmunjom Declaration and affirm its commitment to long lasting peace and reunification in the Korean Peninsula. We continue to ask for your prayers and support for our peace and reconciliation work in the Korean peninsula.

← The Lord works vindication and justice for all who are oppressed (Psalm 103:6)
Reformed communion grieves loss of Peter Borgdorff →