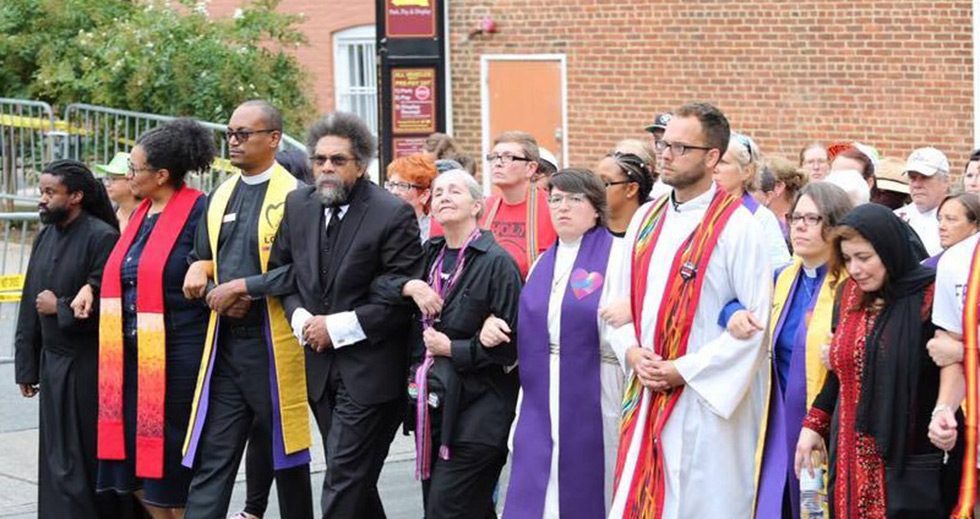 The “largest hate-rally of its kind in decades in the United States” was countered by a determined group of clergy and thousands of other activists over the weekend in Charlottesville, Virginia, USA. One counter-demonstrator was killed and more than a dozen injured after the demonstration was cancelled by government authorities.

An interfaith service, held on the campus of the University of Virginia in Charlottesville on Friday night, included the participation of Traci Blackmon, executive minister of Justice and Witness for the United Church of Christ, a WCRC member.

“The service…was intended to be a moment of motivation, a moment of prayer, and a moment of encouragement for people who wanted to provide faithful witness of love anticipating today’s march,” said Blackmon said on Saturday.

The World Communion of Reformed Churches condemns the actions and beliefs of the racists, neo-Nazis and white supremacists involved in these incidents. We join with and in support of our member churches which are actively involved in countering such evil. We call on all to join with us in support and offer an excerpt of a prayer written by Laurie A. Kraus (Presbyterian Disaster Assistance):

God of justice, who sees into the hearts of all,
your Light outshines the feeble flicker of the torches of hatred
your goodness is greater than evil,
your love compels us to break the silence, to speak the truth
and to confess our sin.

We pray for our neighbors in Charlottesville—a city set on a hill,
grateful for their solidarity and courage in the face of evil;
For neighbors of every race, and people of all professions
as they gathered this day to rebuke the powers of evil;
We pray for comfort for families that now grieve unbearable losses;
For individuals who are wounded and broken in body or spirit;
May your Spirit rise with healing in its wings
and bring strength and wholeness to each.