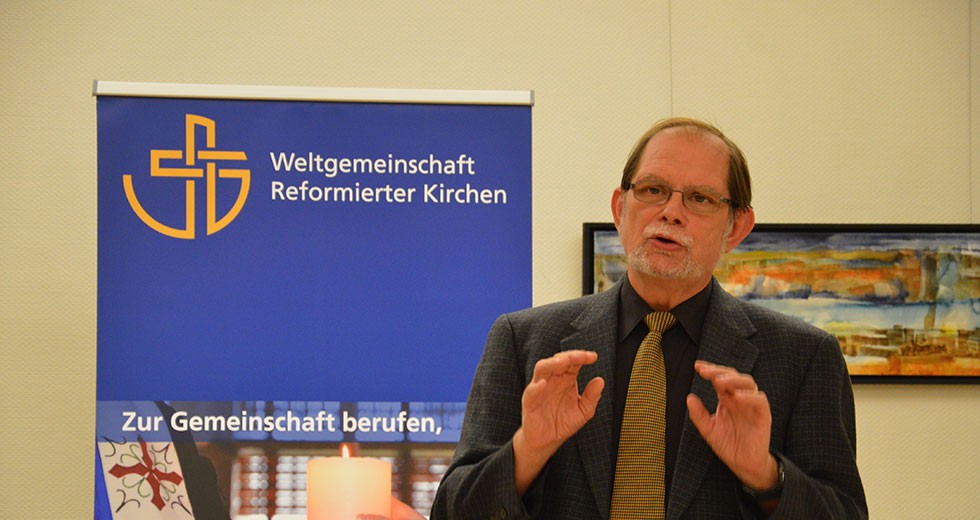 The Reverend Chris Ferguson is the second general secretary of the World Communion of Reformed Churches (WCRC). He was installed into the office in May 2014 and took up the position in August. 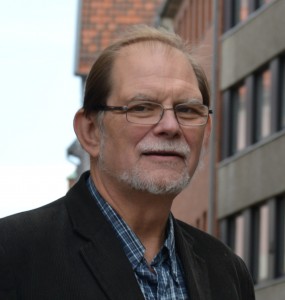 Ferguson is an ordained minister in the United Church of Canada (UCC), obtaining his master of divinity degree from the Vancouver School of Theology in 1978.

From 2011-2014 Ferguson served in Colombia with the Programme for Ecumenical Accompaniment in Colombia (PEAC) as international ecumenical advisor to the programme, sent as global mission personnel of the UCC in conjunction with the Latin American Council of Churches–Colombia and the Presbyterian Church in Colombia. PEAC accompanies communities in Colombia that are victims of violence and engages in global ecumenical advocacy for a just peace.

Previous to this Ferguson worked for the World Council of Churches (WCC) in two different capacities, appointed by the UCC as seconded global mission personnel. From 2004 to 2006 he was the WCC’s representative in Jerusalem, making connections between local and global organizations to promote understanding, reconciliation and peace in the region. From 2006 to 2010 Ferguson represented the WCC at the United Nations headquarters in New York City. 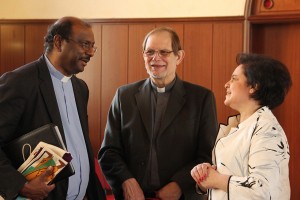 From 2002 to 2004 he was the executive minister of the Justice, Global and Ecumenical Relations Unit and ecumenical officer of the UCC. Previous to that he was the general secretary of the Division of World Outreach for three years and from 1991 until 1999 was the area secretary for the Caribbean and Latin America. In these roles he provided leadership in the UCC’s ecumenical, mission, justice, human rights, theological education, development and partnership work in Latin America, the Caribbean and globally.

Within Canada Ferguson participated actively in several national ecumenical justice and human rights coalitions and was a member of the founding board of directors of Kairos Canada, as well as serving on the board of the Canadian Council of Churches. He also helped found local and national refugee rights groups.

From 1987 to 1991 he was appointed as UCC global mission personnel to work with the Latin American Biblical Seminary in San José, Costa Rica, where he was professor of theology and ministry, teaching and leading workshops throughout Central America in a context of war and civil conflict. He also was a visiting researcher in human rights and the church at the Ecumenical Research Department. 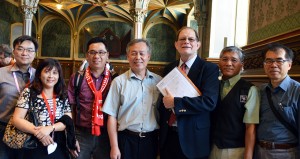 Previous to his work in Central America, Ferguson was the Presbyterian-United Church chaplain and director of chaplaincy services at McGill University in Montréal, Quebec, for seven years. While at McGill he was an adjunct professor at the United Theological College and the Montréal Institute for Ministry where he taught courses in ministry, counselling and church and society. Prior to the years in Montréal he served as minister/rector of a joint United Church-Anglican parish in Northern Quebec and as a college teacher, counsellor and community worker in British Colombia where he founded a youth centre and a crisis intervention centre.

Over the last three decades Ferguson has been an active participant and leader in various WCC committees and commissions in Latin America and globally. As a member of the Heads of Agencies Network he helped initiate the first WCC funding roundtable. He has taken an active lead in global ecumenical advocacy and public witness for peace, justice, ecological justice and human rights. 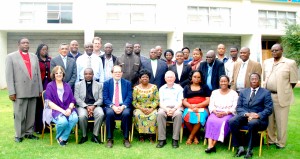 He was on the World Alliance of Reformed Churches (a predecessor organization of the WCRC) executive committee for a period preceding the 2004 General Council in Accra, Ghana, participated in the “Covenanting for Justice Process” and played an active role on the drafting committee for the Accra Confession.

Ferguson is married to Susan, a professional social worker who has served as UCC global mission personnel in Colombia, Israel/Palestine and Costa Rica. Susan coordinated the UCC national refugee work and was executive director of an ecumenical refugee resettlement agency in Toronto. Susan and Chris have two adult children.

Ferguson is a graduate of Antioch College/West. Besides his master degree from the Vancouver School of Theology, his post-graduate theological studies were at the University of Montréal Faculty of Theology in the pastoral studies department. He also has advanced training and supervised practice in pastoral counselling and marriage and family therapy.