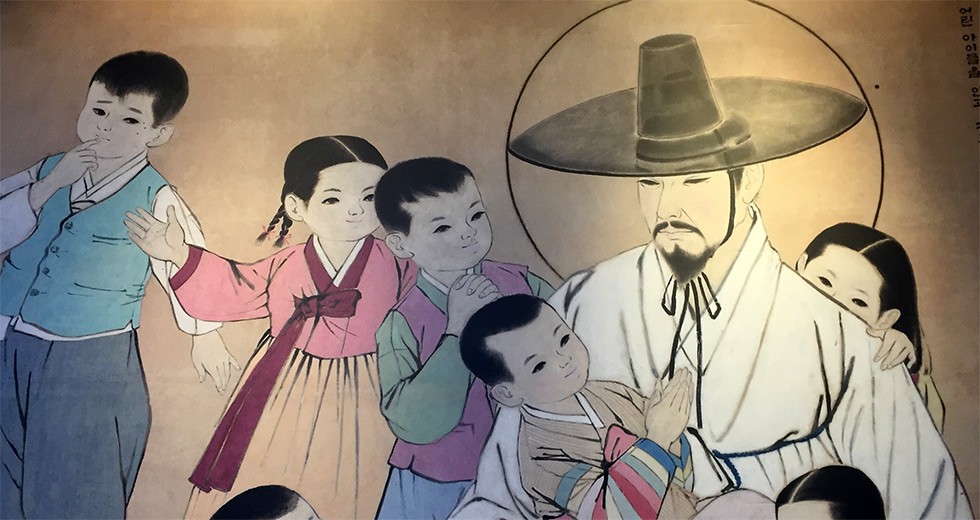 Dear sisters and brothers in Christ,

These are tense times, with terrorist attacks around the world, struggles to end the war in Syria, the unprecedented suffering of refugees, systematic racism, mass incarceration, human trafficking and exploitation of women to name but a few. In the daily grind of much of the world’s people we feel close—all too close—to the reality of war and oppression and thus to the Roman occupation that marked Jesus’s life and ministry and was the context of his death.

In chapter 16 of Mark’s Gospel we read of the women who dared to go and confront the reality of the crucifixion, who went to the tomb, who found the stone rolled away and who met an angel who said to them:

“There is no need for alarm. You are looking for Jesus of Nazareth, who was crucified. He has risen, he is not here. See, here is the place where they laid him. But you must go and tell his disciples and Peter, he is going before you to Galilee: it is there you will see him, just as he told you.” And the women came out and ran away from the tomb because they were frightened out of their wits and they said nothing to anyone for they were afraid (Mark 16:6-8, Jerusalem Bible).

Many scholars say that the Gospel of Mark originally ended right there with the words “they were afraid.” On that first Easter the brave yet fearful women were given the message that Jesus was alive, and the Resurrection meant that death did not have the last word.

Moreover the Risen Christ called them to go Galilee into the heart of conflict and oppression because the struggle to defend the lives of the poor and the dispossessed, the violated and the crucified now continues under the power of the Holy Spirit.

The power of the Resurrection not only conquered death but also fear, releasing us to return to where life is threatened and to embrace life for all in the face of all that threatens life.

Today one of the many places in our troubled global community most threatened by division, conflict and threat of war is the Korean Peninsula. Christians in both the South and North lead in the efforts for peaceful reunification. Our member churches address fears and obstacles to peace. They physically meet together and talk, seeking ways to de-escalate violent confrontation from all sides and instead promote dialogue and peacemaking based on justice and reconciliation.

Recently members of Korean churches—from the South and from the North—met in the face of tremendous fear and threats. They talked and prayed and witnessed together, following Jesus to Galilee, to the heart of the suffering in spite of fear, and from that place emerged with this Easter prayer:

Oh God,
Thank you for letting us know, as we hear the trickling waters beneath the melting ice, that spring is not far away.
Thank you for showing us through the life, death and resurrection of Jesus Christ that a new road lies beyond the one that ends.

Our people had shared joy, anger, sorrow, and pleasure, but for the last 70 years we have lived separated as North and South embracing our wounds and pains.
We have not ended division and conflict only to find out ourselves that such 70 years were not enough. How can it be that 70 years were not enough to end division and conflict? And in fact a higher wall is rising in front of us. Amidst the vicious cycle of division, distrust, dispute and arms race, our land and sea has become a military experimentation field of weapons, not knowing when war will break out. The bridge that once yearned for peace and unification has crumbled and the bird that once flew over that bridge, wet with rain, is no longer able to fly.

God of grace,
Please let us see ourselves rightly, we who have gone against the path of life and taken part in destruction instead of peace. Have mercy on us and forgive us when we repent our foolishness and change our paths with tears in our eyes. When we fail to realize our wrongs and continue to drive community to the cliff, please stop our steps and with your whip of love lash our obstinacy and ignorance.

God of resurrection,
let the churches of the North and South hunger and thirst for righteousness,
Lead us to cultivate such desires and will into courage and wisdom and become communions of faith that make peace.

In this cold and bleak season, let our people and our neighboring countries meet the tidings of spring and lights of life that break free from the icy ground.

May this prayer lift up the family of churches in our Communion to proclaim with joy, “He is Risen!” Indeed he is risen and conquering our very real fears so that we may go with him to Galilee and, like our brothers and sisters in Korea, witness to the power of the Resurrection as peacemakers and bearers of hope.