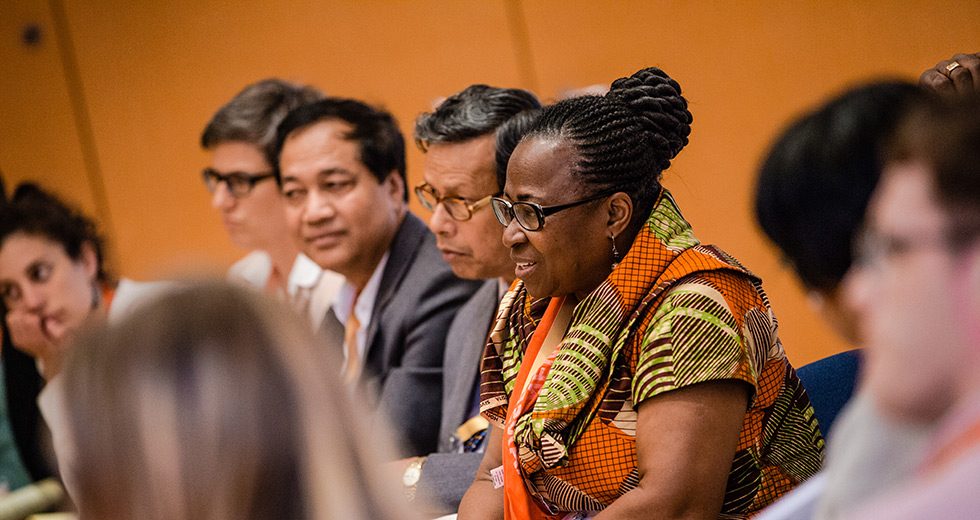 Representatives—men and women, lay and clergy—come from member churches to meet in a general council every seven years. Gathered together they discern God’s will through Scripture to decide the WCRC’s direction. The council also elects leadership to oversee its policies and work. These officers and executive committee members elect the general secretary.

The WCRC is guided by a written constitution that defines our identity, notes our values, spells out our mission and purposes and governs our functions. The constitution preamble states:

The churches in the World Communion of Reformed Churches are called together in the name of the one God, Father, Son and Holy Spirit. Under the sovereign God, with Christ’s followers across the globe, sharing one baptism, the members of the communion belong to the one holy catholic and apostolic church.

The WCRC’s executive committee is comprised of officers and members selected by the last general council, as well as elected leaders of the regional councils. The general secretary sits on the committee as an ex officio member. Among other responsibilities, the executive committee meets annually to:

Minutes of the Executive Committee

The WCRC is funded by contributions from its member churches and church agencies. Gifts and grants also come from individuals, congregations, foundations and other sources. Supporters of the WCRC help make a difference in the world by donating to specific funds and scholarships, as well as to the organization as a whole.