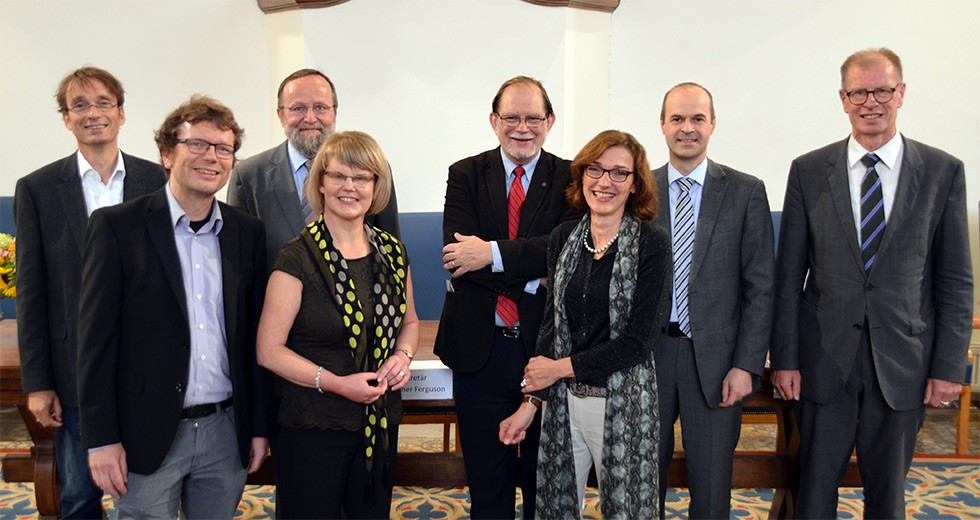 The contract for the venue of the 2017 General Council was officially signed by Chris Ferguson, WCRC general secretary, and Markus Geisenberger, the Leipzig conference centre’s CEO, in the presence of the mayor of the city of Leipzig, Burkhard Jung, and representatives of the regional church of Saxony and local congregations during a ceremony at the Reformed Church of Leipzig. 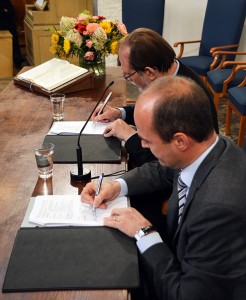 Ferguson noted how much enthusiasm the German member churches had when inviting the WCRC to hold its meeting in Germany and thanked the local congregation for its energetic support.

The theme of the gathering taking place in the summer of 2017 is “Living God, renew and transform us.” The council will deal with issues of justice, church unity and world renewal. More than a thousand delegates, observers, members of staff and invited guests from 108 countries will be meeting in Leipzig for the council, which runs 27 June to 7 July. The 2017 General Council will be the largest event organized in Germany by an international church organization during the Reformation Jubilee, celebrating 500 years since the start of the Martin Luther-sparked Reformation. 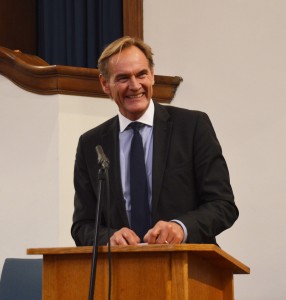 The mayor described the city of Leipzig as a secularized city with only 15% of the population registered as members of a Christian church. Nevertheless the people were looking forward to the council. “With its rich tradition as a city of international fairs and exhibitions the people of Leipzig like to welcome the world as their guest. And even though they may not belong to a church, they have confidence in the church and believe that it can make a difference,” Jung said.

Martin Henker, Lutheran dean of the church district of Leipzig, affirmed that the city was particularly appropriate for holding this since the local Reformed church had played an important part prior to the peaceful revolution of 1989. When the Monday Prayers in the St. Nikolai Church were overcrowded the Reformed Church was the first church to open its doors for further peace vigils. Its minister also gave a camera crew access to the church tower from which it was able to film the largest demonstration on 7 October 1989. It was this recording shown on West German television that allowed the world to witness the revolutionary events of Leipzig. 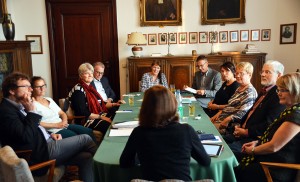 Sabine Dressler, the German Reformed Alliance’s secretary for ecumenical relations, explained with regard to the 2017 General Council’s theme that being Reformed meant to recognize the signs of the time and to confess and live the Christian faith in present day situations. The history of Reformed churches was shaped by the experience of migration and the search for places of refuge. In the face of the present day situation of refugees around the world the German Reformed Alliance expects the council to focus on the themes of migration and refugees in accordance with the biblical commandment to love one’s neighbour and the stranger, in order to empower local churches in their ministry.

Elke Bucksch, minister of the Reformed Church of Leipzig, highlighted the fact that her church had been founded by Reformed refugees. Considering this history the congregation likes to offer hospitality and looks forward to the many guests who will be attending the 2017 General Council. A group of volunteers has already started to prepare for the assembly in many practical ways.