Messages of urgency brought to “COVID & Beyond” process 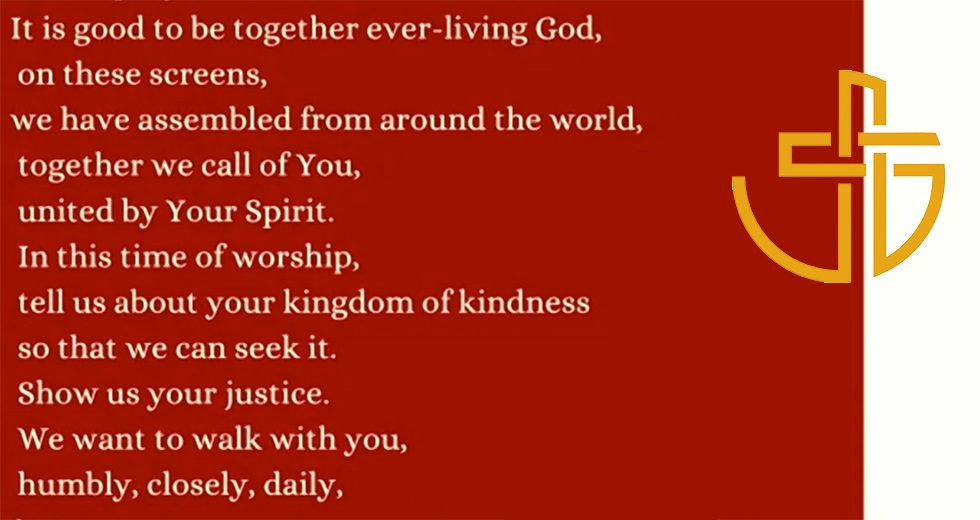 The third “circle” of the World Communion of Reformed Churches’ (WCRC) “COVID & Beyond” discernment process concluded with an online meeting on Wednesday, 4 August.

“We are gathering all that we have heard over the last two months, placing it before this group, and attempting to discern forward particularly in terms of what we as a Communion and as member churches can do together,” said Philip Vinod Peacock, WCRC executive secretary for justice and witness.

Themed around “witnessing” and held during the period of Pentecost, this circle included presentations from and about NIFEA (New International Financial and Economic Architecture), human sexuality, youth, AIPRAL (Latin America), CANAAC (Caribbean and North America), and NEAAC (Northeast Asia).

Springing from the story of Pentecost in the Book of Acts, Allan Boesak drew parallels with the Roman Empire of that time and today’s world, calling on the Communion to be inspired through the Holy Spirit.

“The church may not be ‘expert,’ but we know that without the love of God which calls for solidarity, compassionate justice, and respect for the rights and humanity of others, our world will perish. We know that without the radical politics of Jesus our politics is no more than calculated casuistry that leads the world from disaster to disaster,” Boesak said.

“Disease, political power, peace, human rights and climate change, and economic instability are major forces driving the development of the region,” said Yueh-Wen Lu, former WCRC vice-president from Asia and a member of the Presbyterian Church in Taiwan. “We lament those who died because of COVID-19, and we mourn those who passed away because of natural disasters caused by the dramatic weather. We honour those who were sentenced to jail simply because they wanted to defend both the freedom of speech and the democratic politics they used to have. We remember those who are struggling for their daily lives because of the economic recession.”

“So much harm, so much ‘terrible distress’ has been done to peoples and the beautiful world of North America and the Caribbean—in the name of Jesus—that we are hard pressed to think that any sort of response from churches could be seen as trustworthy,” said Angela Martins, convenor of the CANAAC Steering Committee.

In North America critical issues presented were systemic racism and the historic and continuing abuses of Indigenous people, while in the Caribbean environmental justice and caring for creation were raised as urgent issues to address.

“COVID-19 is testing whether we are willing to make sacrifices in choosing how we live in order that others may live,” said Norbert Stephens of the United Church of Jamaica and the Cayman Islands.

Dario Barolin, AIPRAL executive secretary, listed seven critical areas where a vital church is needed: international interference, impoverishment and the concentration of wealth, climate crisis, migration, state-sponsored violence, gender violence, and continuous catastrophes—which lamentably are every day events—including in the environment and politics across the region.

“Our urgent call is not to feel that we have lost, that we are the victims—it is to articulate a new, regional ecumenics to seek following the love of Jesus Christ,” said Barolin.

“Young people have been affected by the pandemic in the sense that they have learned to live and grow up in the midst of this crisis. Many young people have also learnt to live with loss during this pandemic, loss of loved ones, loss of affection, loss of a sense of touch and loss of stability both on the economic and emotional front,” summarized a presentation by the WCRC Youth Network.

“To be reformed is to be restless” is what strongly resonated among the youth. But there was a mourning that the church, stuck in its traditions and practices, was reluctant to change with the changing context; that the church was good at reaching out in charity but was unable to address questions of structural and systemic change. This was felt particularly in the context of climate change and ecological crisis.

“We need to reclaim religion as inclusive and disallow using violence against anyone. Is it possible to reconcile the gender-diversity gulf in our Communion?” asked Beth Symes, addressing human sexuality.

Asir Ebenezer, general secretary of the National Council of Churches of India, suggested that the Communion and its members could follow the guidance of “four L’s” when discussing human sexuality: Listening, Learning, Loving action, and Leaning on God’s grace for guidance and being slow to condemn.

“Perhaps like no other crisis before it, the COVID-19 pandemic has revealed the fragility of human life, the preciousness of health, and the essentiality of care,” said Athena Peralta, the World Council of Churches program executive for the economy of life. “This crisis presents an incredible opportunity for deep reflection and transformation.

“Overall, NIFEA calls for fresh systems of global governance and policies rooted in justice, care, and sustainability and creating an environment where such initiatives can take root and flourish,” said Peralta.

Boesak urged the Communion to, “Ask the Pentecost question: ‘What must we do?’ This is the answer. Stand where God stands; fight for justice, fight for the poor, the excluded, the defenceless. Let that spirit of wildness and boldness loose upon the world. ‘This Jesus who has been taken up from you in heaven, will come in the same way as you saw him go into heaven’ (Acts 1:11). The same place where that violent wind comes from; the same place where the wildness was born; the same place from where the boldness has been loosed, not to settle on the head of only one, but all of you; to burn in your hearts and on your tongue so you can set the world on fire for the justice of the coming reign of God. So on the lips of the angels, all the many, many, words spoken on that great day, come to mean just seven: ‘Trust the Spirit: Be wild! Be bold!’”