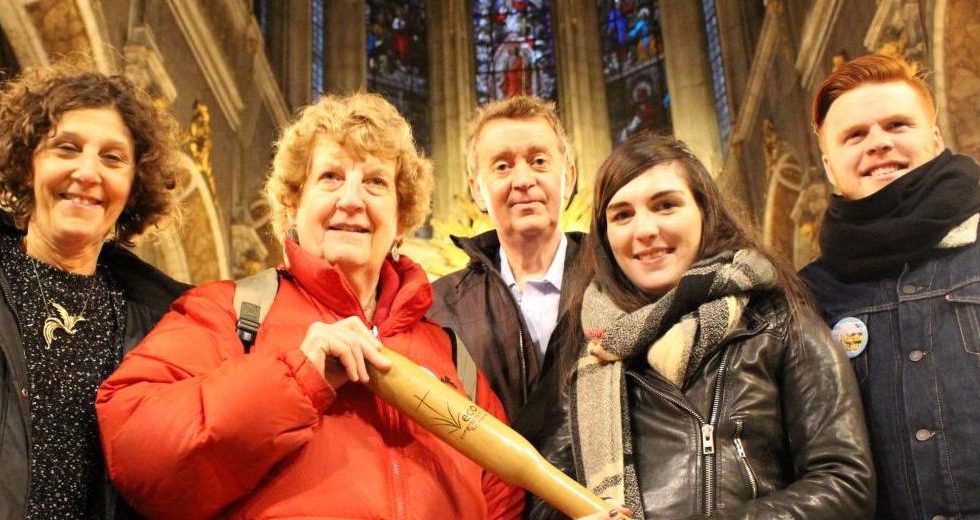 Between Saturday, August 7 and Friday, August 13, it will be possible to participate in “Nos Contamos,” an initiative promoted by Fundación Protestante Hora de Obrar and Servicio Evangélico de Diaconía (SEDi), which seeks to create spaces for critical reflection on hegemonic gender roles, inequality and justice in faith communities.

Women’s rights: This weekend, Switzerland celebrates not only its birthday, but also 50 years of women’s suffrage. In her “Pled sin via,” pastor Cornelia Camichel Bromeis shows that already 2000 years ago women fought for their rights.

Cláudio Carvalhaes urges Earth Care audience to “respond to the needs of the land:” Speaking with the urgency of a man whose house is on fire, Carvalhaes issued a wake-up call for everyone to notice the precarious state of the environment and everything living in it, from birds and trees to humankind.

This week marks the 76th anniversary of the nuclear attacks on Hiroshima and Nagasaki. On Friday 6 August many across the world will observe Hiroshima Day, which has become both a day of remembrance and of action for nuclear disarmament. The Wellspring Community of the Uniting Church in Australia shared a liturgy for use in worship.

The United Reformed Church (UK) will be celebrating its 50th anniversary in 2022 in a number of ways.

As COP26 approaches, “Climate Sunday” calls on churches to focus on creation: With less than three months until the United Nations climate change conference begins in Glasgow, Eco-Congregation Scotland is renewing calls for churches to commit to action before talks begin.

Video resources from Conference of European Churches’ 8th Summer School on Human Rights are available. The videos feature keynote speeches and panel presentations addressing the theme “Ensuring Security of Worship Places and Religious Communities” in a series of webinars.

Health and wellness offer a clear path towards healthy aging, and physical health is foundational to meeting emotional, social, intellectual, and spiritual needs, affirmed experts of modern and traditional medicines at the Christian Conference of Asia’s online Symposium on “Family Life and Family Values: Transition from Tradition to Modernity.”