Mission in Context: From “witness” to “with-ness” 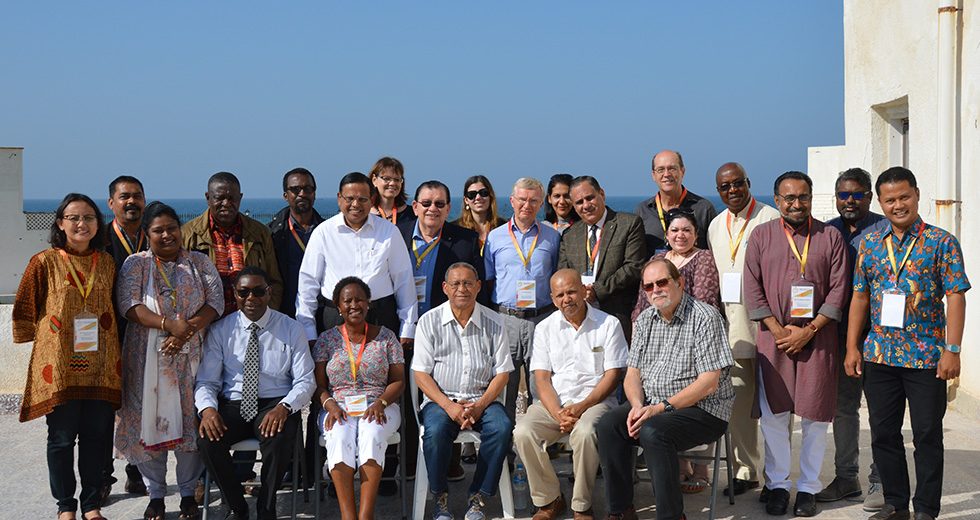 A group of twenty-six church leaders, theologians, and activists have called for a prophetic theology which reflects God’s concern for compassionate justice.

They gathered at the Beit El Salam Retreat Centre (Alexandria, Egypt) to share their experiences, deliberate and discuss the missiological question: How can Christian witness and peaceful co-existence be initiated and maintained in a context where Christians are the minority, often facing violence and marginalization from the majority community?

In doing so they took the next steps to fulfil the 2017 General Council mandate “to establish a framework for peaceful co-existence and the protection of the rights of minorities” (Action 53).

The participants understood that the current geo-political reality can be described as “global apartheid,” marked by ethno-nationalism, racism, authoritarianism, fundamentalisms and extremism linked to different religions and rising fascisms.

“We heard the cries of people from other contexts around the world, where people live as minorities, not just from the perspective of being religious minorities but also minorities on the basis of race, ethnicity, caste, economic oppression, gender and language,” states part of their draft message, which is still being finalized.

The message states that it is necessary to have “a prophetic theology which reflects God’s concern for compassionate justice as without the fulfilling of this justice, peaceful co-existence is impossible.”

Participants represented a wide range of experiences and contexts, including from those in majority and in minority situations, and as they listened to each other, they began to understand how nuanced their positions were.

“We define minority not in terms of number but in terms of power and access to resources, decision-making processes and opportunity to develop one’s own agency. Minorities are thus those who are excluded from meaningful participation in society and in church,” they noted.

Participants stressed that the context of mission today is operating within the existence of a global empire; noting that empire is the coming together of economic, cultural, political and military power that is constituted by a reality and spirit of lordless domination, created by humankind.

“Our discussions enabled the lifting up of the histories and ongoing ramifications of colonialism as we heard continuing stories of economic and political re-colonization that have resulted in a competition for resources and a pitting of communities against each other,” they said.

The stories shared from those who live within the belly of empire offered further analysis of how ideologies and theologies of authoritarianism and ethno-nationalism are being used to turn against the most marginalized and are in service of “othering” the vulnerable.

John Calvin informed their deliberations. “Calvin spoke of all those ‘who cannot bear injustice’—not only those upon whom injustice is inflicted, but those who cry out on their behalf, and therefore do what is right and just. In their cry, as well, God hears Godself, and in their doing of justice and their undoing of injustice the wounds of God are healed,” states the message.

Participants charged the church to journey with the marginalized in a solidarity of “with-ness.” This goes beyond presence and seeks to hear from and be led by those who have been forced to the margins of society and those within marginalized communities who experience discrimination and exclusion.

They further challenged the churches who are numerical minorities yet have considerable power and privilege due to their global and economic connections to understand that they are called to journey with those who are marginalized and persecuted.

“Our faith proclaims the victory of Christ, and through him ours, over the power of sin and death, fear and powerlessness we shall no longer be afraid and commit ourselves to the task of prophetic witness, led by and journeying with those who are marginalized,” the message concludes.

Once the message is finalized it will be shared publicly and distributed throughout the World Communion of Reformed Churches.

The consultation developed the foundations for further conversations on mission, especially in the context of crisis and marginalization. Its findings will conceptually inform the next steps in the process.