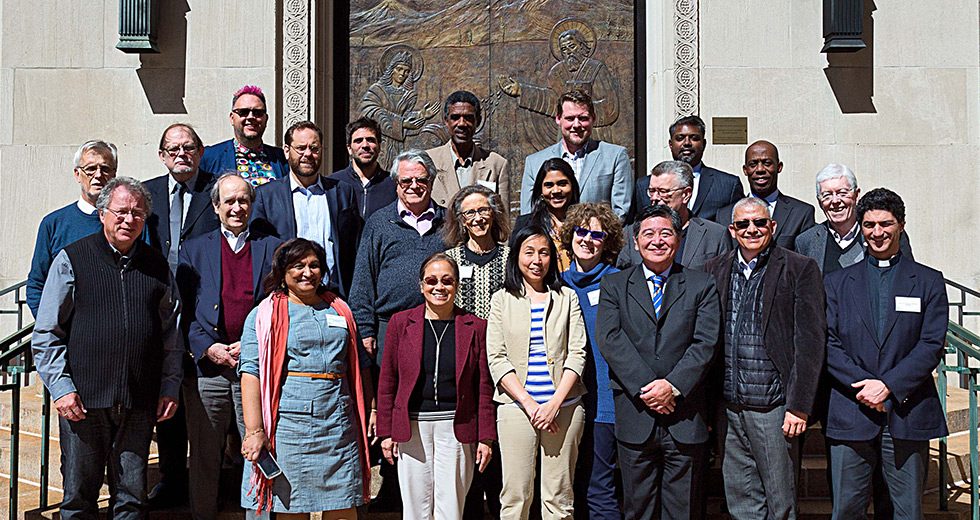 The 3rd meeting of the Ecumenical Panel on a New International Financial and Economic Architecture (NIFEA) took place on 21-22 April 21 2018 in New York City to coincide with the United Nations (UN) 3rd Economic and Social Council Forum on Financing for Development in the days immediately following.

The panel was called to order by reminding the gathering that, “We are meeting to review our tasks, identify signs of economic and climatic injustice, set priority actions, make new alliances, update the NIFEA plan and together make a deepened commitment to build a world that better resembles God’s true kingdom.”

This Ecumenical Panel on a NIFEA seeks to analyze the signs of the times for the economy and the earth by reconnecting finance to real economy, set limits on greed by dismantling structures that protect the corrupt, and build up new structures that better respond to current economic, political, social and ecological contexts.

The NIFEA panel was born as a response to the 2012 “São Paulo Statement: International Financial Transformation for an Economy of Life.” Leaders from the World Council of Churches (WCC), World Communion of Reformed Churches (WCRC), Council for World Mission (CWM) and Lutheran World Federation (LWF) brought together the Ecumenical Panel on a NIFEA—composed of 13 experts in finance, economics, sociology and theology—with the mandate to develop an advocacy plan to “give legs” to the Sao Paolo Statement.

Since it was drawn up in January 2014, there have been significant developments in global economic, political, social and ecological landscapes that directly affect the NIFEA Plan. This panel therefore decided to reconvene in New York for this third meeting to work on a new strategy and address the issues at hand. For this meeting, the panel also included members of the Roman Catholic faith and civil society.

The group worked together over two days to identify emerging and persisting elements of economic and climate injustice, and strategized new actions and partnerships to advocate the analysis and transformation of NIFEA.
The group discussed the following key elements to move their work forward:

Athena Peralta, WCC program executive for the economy of life, said, “For WCC, NIFEA is a key priority. Our two pillars are economy for life and ecological justice, so NIFEA is at the center of the work we are doing.”

Collin Cowan, CWM general secretary, noted, “The real issue at hand is the dignity of humanity and the integrity of creation. CWM is committed to this journey but realizes we cannot and must not do it alone. We need a band of disciples who are committed to justice and peace and focused on a mission for life in fullness for all creation. Let us commit ourselves to the principles of mutuality, partnership and hope in action. It is up to us to reclaim our dignity and be the change we desire.”

Martin Junge, LWF general secretary, said, “We are fighting against the commodification of everything, and ‘Salvation not for sale, human beings not for sale, creation not for sale’ has become our battle cry. We are meeting to sharpen our focus, update approaches and decide what the best entry point is in our context today. I look forward to implementing our plans together.”

Chris Ferguson, WCRC general secretary, concluded the meeting by saying, “I am extremely grateful that this journey has found new emphasis and focus. We have been called to defend and protect the gifts of life, and we ask the question: What are the one or two compelling things we can do together that would be so strategic, it would bring about a powerful and dramatic change for the good of all God’s creations? This is a commitment we are making to economic and ecological transformation with justice as our center. I have heard strongly that this group wants to work together on these issues.”

Prior to this meeting in New York, the panel met in August 2013 and January 2014 and produced the report titled, “Economy of Life for All Now: An Ecumenical Action Plan for a New International Financial and Economic Architecture.”

The Ecumenical panel also drafted a public statement that was presented at a side-event around the UN Financing for Development Forum.