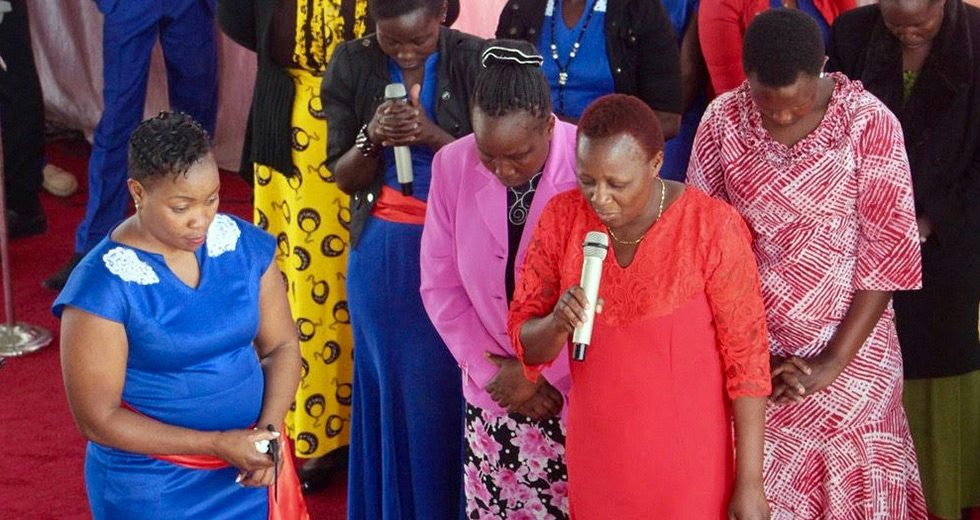 After years of discussion the Reformed Church of East Africa’s (RCEA) General Synod approved the ordination of women at its synod in November.

The current RCEA moderator, Musa Kipkorir Kapkong Maina, expressed his joy and thanked the World Communion of Reformed Churches (WCRC) for being a beacon of light.

“In this area, WCRC has walked with us for quite a while especially in support for women on the matter of theological education,” says Rev. Musa Kipkorir Kapkong Maina, RCEA moderator. “Being at the General Council inspired us further and led the General Synod to pass the resolution to okay ordination of women.”

Najla Kassab, WCRC president and the second woman ordained in the National Evangelical Synod of Syria and Lebanon, expressed her joy on this occasion: “We rejoice with RCEA for the decision taken to ordain the first woman to the office of minister of Word and Sacrament and for the courage to listen to the Holy Spirit and stand for justice.”

The WCRC’s 2017 General Council adopted “A Declaration of Faith on Women’s Ordination,” the introduction of which states: “God, through the Holy Spirit, calls both women and men to participate fully in all the ministries of the church. …In some of the cultural contexts in which our churches live today, this declaration goes against the prevailing ethos. Thus faithful Christians are often called to be countercultural.”

Maina said that after vigorous debate and research findings tabled by Diphus Chemorion, the synod advisor, the decision was finally reached by the synod. The RCEA is hoping to ordain the first woman to the office of minister of Word and Sacrament later this year.

“The news was received with jubilation but we are also cognizant of the fact that we have many still conservative. One thing however we rejoice is that that decision has not divided the church through schisms. Please join us in prayer and also share this development with our other member churches that they may give us moral support and encouragement,” says Maina.

“We stand in solidarity with the women who will be ordained for the path has challenges still, and also with all the churches that are still struggling with their journey,” says Kassab, “but in hope we await a better future that reflects the love of God and the healing power for the body of Christ. This is empowering to us as a communion, as well, where our voice through statements and documents becomes a story about people, about change and a better world.”

Since 2002 efforts have been made by RCEA in bringing forth this issue, giving theological direction and incorporating the opinions of RCEA’s congregants to enable the synod to make a decision.

In the RCEA moderator’s report during the 29th General Synod (20-23 November 2002), the moderator expressed the importance of working toward the possibility of admitting women to the ordained ministry: “I can assure you that your synod office is under pressure from our fraternal friends and especially partners whom we share common reformed heritage. Whether we accept or not we will not be the first to do so. Already PCEA (Presbyterian Church of East Africa) and other Reformed churches in the world has accepted…”.