Search for next general secretary continues 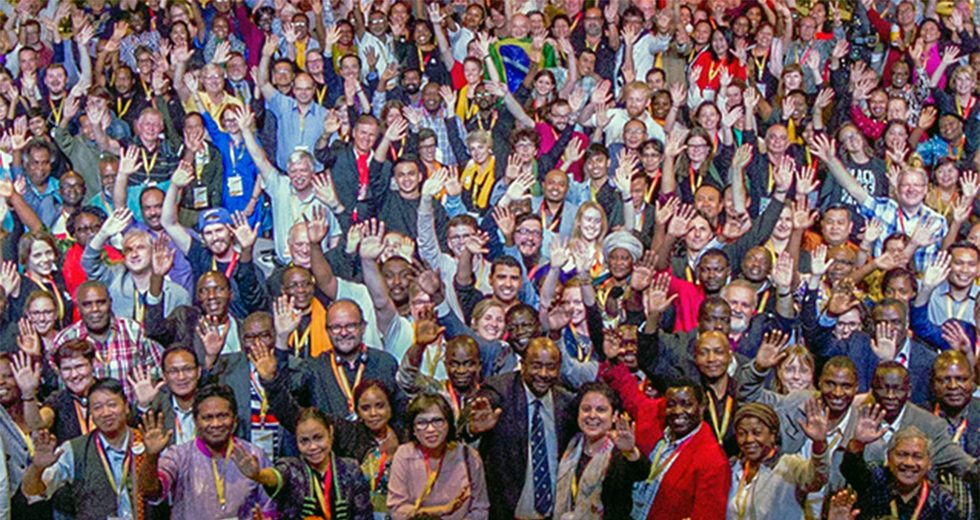 Nominations and applications for general secretary of the World Communion of Reformed Churches (WCRC) are invited to be submitted by 15 January 2022.

“Serving as the WCRC General Secretary is an opportunity to lead, to serve, to share, to inspire, and to connect members and ecumenical partners responding to God’s mission,” the General Secretary Search Committee stated in a posting for the position.

“As the chief executive officer of the WCRC, the general secretary’s role will be to strengthen the common witness of member churches and make a contribution to the ecumenical movement,” the posting stated.

“This is time for critical leadership as the Communion will be required to offer support and guidance to member churches that are grappling not only with the pandemic but with issues that are theological, social, economic, and geo-political,” said Yvette Noble Bloomfield, moderator of the Search Committee.

Noble Bloomfield is looking for a candidate who possesses “pastoral sensitivity and spiritual leadership qualities that will enable wise decision making and robust management of the Communion.”

“Today more than any other time the need to be connected is vital,” said Najla Kassab, WCRC president and a member of the Search Committee. “I believe the general secretary has a key role in building trust and motivation among churches, through making sure that the voice of the struggling is heard, and the unjust issues are tackled seriously.”

“Working together in the spirit of discernment allows the coming general secretary to have a team around the Communion that can be a source of empowerment strength and enrichment by the many talents present,” Kassab said.

Former General Secretary Chris Ferguson completed his term of service on 31 August. The WCRC is currently being led through an interim period by a “collegial general secretariat,” composed of the three executive secretaries—Hanns Lessing, Philip Vinod Peacock, and Phil Tanis—all of whom will revert to their previous positions once a new general secretary is installed.

“This interim period allows new participation and new imagination in building a stronger communion,” said Kassab. The interim period will also see focused work on planning for the next General Council and an effort to secure the short-, mid-, and long-term sustainability of the WCRC.

The WCRC Executive Committee has mandated the Search Committee to work toward submitting a candidate for consideration at its next regular meeting in May 2022.

More information can be found at wcrc.ch/search.