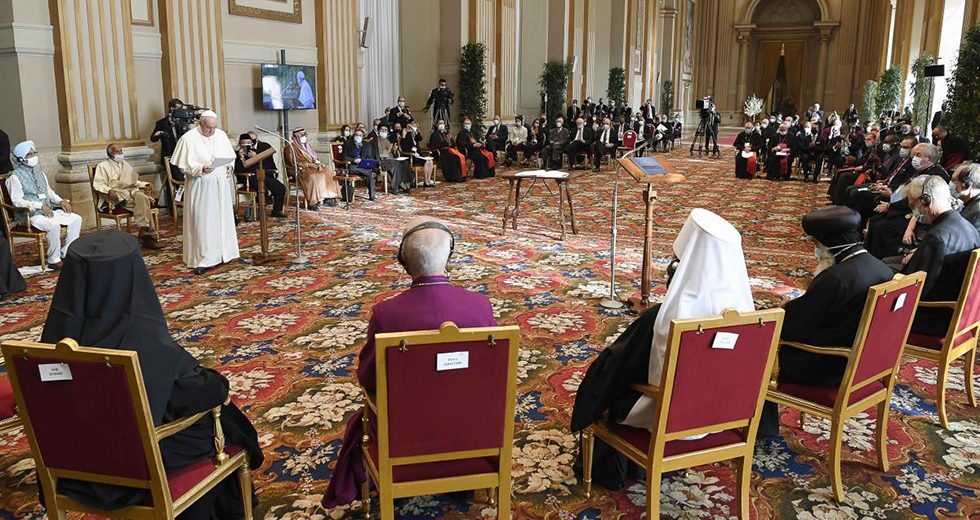 The Evangelical Church of the Czech Brethren and the Presbyterian Church (USA) are co-hosting a virtual conference on youth involvement on Sunday, October 17.

The Executive Committee of the United Congregational Church of Southern Africa has issued a statement on the issue of vaccines.

Hannes Brüggemann has been elected as the next general secretary of the Reformed Alliance.

Global religious leaders and leading scientists issued a joint statement calling on the international community to raise their ambition and step up their climate action ahead of COP26.

German partners use two United Church of Christ learning programs in their fight against racism.

Interfaith leaders share new paradigms for combating religious extremism in Asia: ‘Combating Resurgence of Religious Extremism in Asia: Role of Religions’ was the focus of the thematic discussions on the second day of the Christian Conference of Asia’s Asia Regional Consultation on ‘Freedom of Religion, Rights of Religious Minorities, and Constitutional Guarantees in Asia.’

Evangelischen Mission Weltweit e.V. (EMW) held its general assembly this week, electing a new board, and producing a thematic booklet for free download looking toward the World Council of Churches 2022 General Assembly, to be held in Karlsruhe, Germany.

Amidst the deteriorating living conditions in Lebanon and the increase in urgent humanitarian needs, the Relief and Service Department – Diakonia at the Middle East Council of Churches launched a new appeal to maintain the humanitarian needs and provide safe shelter for Lebanese citizens and residents of the country suffering from the deepening crises.

← A life-affirming “degrowth” is possible, economists and theologians find
Search for next general secretary continues →