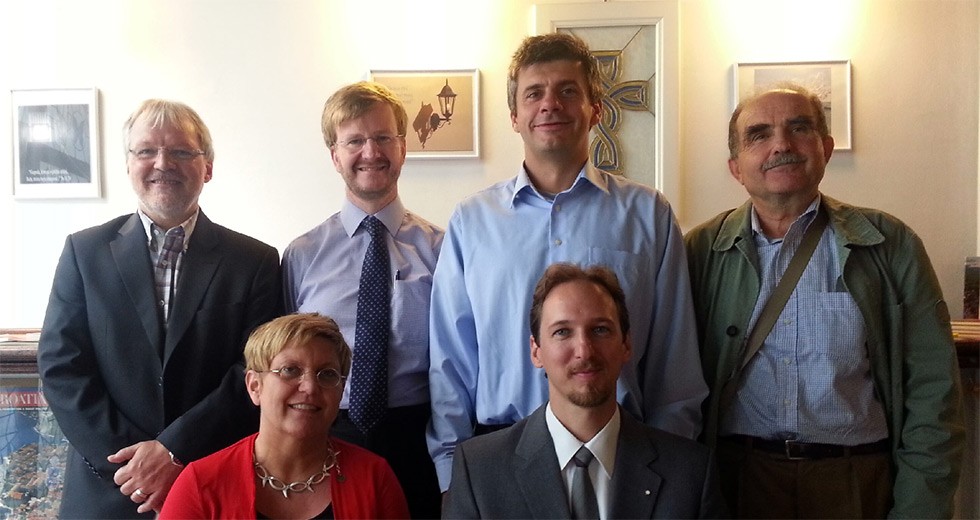 With its origins in Europe, the history and traditions of the Reformation are strong across much of the continent. And yet there are member churches of the World Communion of Reformed Churches (WCRC) that are distinct minorities in their own countries.

WCRC Europe, one of the regional councils of the WCRC, has made a point of making “solidarity visits” to these smaller churches. Thus their most recent steering committee meeting was held in Zagreb, where they met with church leaders from both Croatia and Slovenia.

In Croatia, a first wave of persecution came with the counter-Reformation in the early 1600s when the Croatian parliament passed a law against Protestantism. Although freedom of religion was finally restored (nearly 200 years later), only “foreigners” were able to exercise this right as Croatia remained a firmly Roman Catholic nation. Thus, churches were focused on serving the needs of Hungarians, Germans, Czechs and Slovaks.

A century ago, Protestants could count around 50,000 members in Croatia, but that number has been declining steadily over the decades. Today, the RCCC has 3500 members in 23 congregations, not all of which are fully functioning.

“The church is looking for ways to be relevant to today’s society and how to reach people with the gospel message,” says Branimir Bučanović, RCCC synod secretary and pastor of several congregations.

Much attention has been focused on rebuilding churches, 70% of which were destroyed in the 1991 war following the collapse of Yugoslavia. Funds for rebuilding have come from a variety of sources, mainly from the Croatian government but with some also coming from the Hungarian government, the Reformed Church in Hungary and from sources in the USA and Germany.

“As the buildings are restored, people are recovering,” says Bučanović, “although there is still bitterness and anger.” Hardly any Croat family did not lose at least one member of their family during the communist era and minorities suffered greatly during the war. People are encouraged by their pastors to repent and forgive.

“The memory of the war is receding and people are consciously and deliberately living in the present rather than the past. The level of tolerance and forgiveness is surprisingly high,” says Bučanović.

The church in Slovenia has faced many of the same challenges, although it was founded less than a century ago and numbers about 150 members at four congregations.

The war in 1991 meant that the contact with the Reformed Christian Church in Yugoslavia was broken, but relationships were re-established with the church in Hungary, reflecting the fact that when one border closed, another opened.

The relationship with the Reformed Church in Hungary has recently provided the RCCS with its first full-time pastorate in over 60 years. Tamás Bódis and Emőke Rozgonyi were dispatched from the RCH to serve in a short-term capacity but elected to stay.

“There was a sense that the church was dying, but the possibility of having full time pastors has given new hope,” says Géza Kócán, lay president of the RCCS.

Work has been undertaken to renovate the main church of the RCCS. As in Croatia, repairing a building has come along with the reconstruction of a community. The legacies of wars, shifting borders and forced resettlements continue. Many families have been divided by the changing borders and much work is being done to rebuild connections.