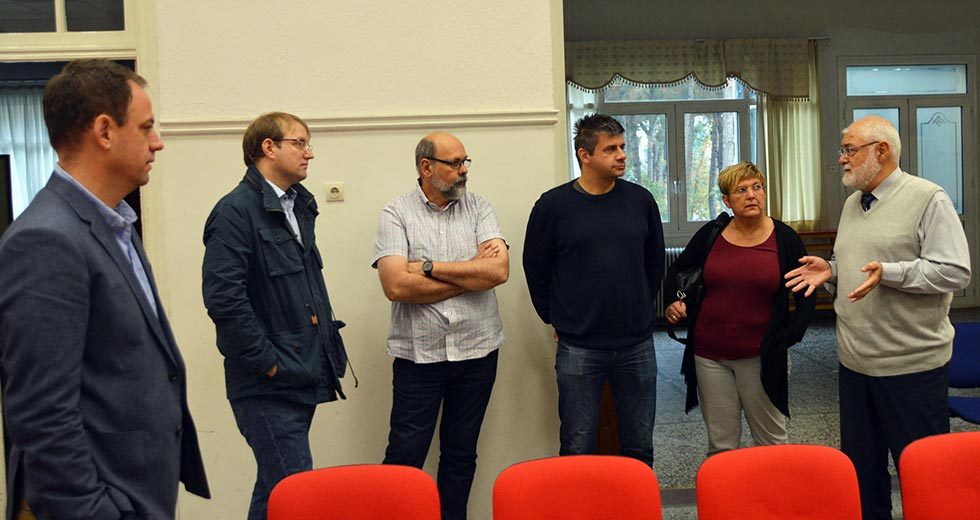 The unprecedented flood of refugees into Europe prompted the Council of the World Communion of Reformed Churches in Europe (WCRC Europe) to create a “Task Force on Migration and Refugee” to explore appropriate responses to the crisis.

These responses include deepening theological reflections on migration, engaging in a dialogue about Christian-Muslim relations, partnering with Middle East churches, sharing best practices from various contexts and doing all of this through concrete actions of solidarity.

The task force met in both Hungary and Greece to witness first-hand the responses of member churches. They also heard from other European members, including those on the task force itself, which was nationally diverse.

Here are a few examples of what was shared:

After its meeting in Greece the task force issued a draft statement to WCRC Europe members which reads, in part:

The arrival of hundreds of thousands of refugees in Europe since the summer of 2015 has created a situation that confronts the Churches across Europe. We see women and children, men and elderly fleeing from war, poverty and persecution. Every day people put their lives at stake as they seek life, peace and justice in Europe. The daily news of people drowning in the Mediterranean Sea, women and children being trafficked, terror attacks in Europe, fearful rhetoric used for political gain and pictures of war crimes and devastation in Syria seem to have become part of our accepted reality.

As Reformed Churches proclaiming the Gospel of Jesus Christ and a vision of life in fullness for all (John 10,10) we cannot and will not accept this as a reality. The people seeking refuge are not merely an ethical or political challenge confronting the Church. They challenge our Churches in their innermost theological identity and mission. In faithful accordance with the biblical witness, its calling and mission the Reformed Church has a long-standing tradition of being committed to the life, dignity and wellbeing of refugees.

The task force will continue its work, even as it invites WCRC Europe members to deepen their cooperation on this issue.