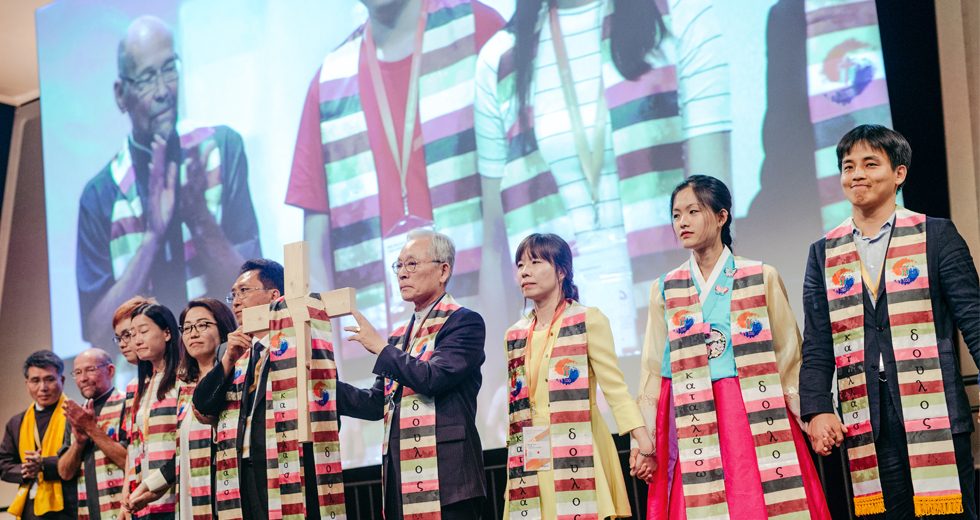 The World Communion of Reformed Churches (WCRC) has called for the development of an ecumenical process to work toward the peaceful reconciliation of the Korean Peninsula from 2017 to 2025, the 80th anniversary of Korea’s liberation from Japan and the division of the peninsula.

In a resolution adopted on 7 July at the end of a nine-day meeting in Leipzig, the WCRC’s General Council agreed to develop an “Ecumenical Accompaniment Process for Healing, Reconciliation and Peaceful Reunification of the Korean Peninsula” involving different initiatives of global, regional and national ecumenical councils.

The WCRC, which groups more than 225 Protestant churches from over 100 countries, also agreed to join the Peace Treaty Campaign Movement established by the National Council of Churches in (South) Korea (NCCK).

At a plenary earlier in the WCRC gathering, a representative of the Korean Christian Federation (KCF), an umbrella for Protestants in North Korea, Ri Jongo, had spoken of an increasingly hostile cycle of confrontation with the United States. “We are in a dramatic situation,” he told delegates.

At the same plenary, Pastor Lee Hong Jung of the Presbyterian Church of (South) Korea described the division of Korea in 1945 as the “worst compromise” possible between the United States and the Soviet Union. “This has engendered a despicable situation. We live in perpetual post-traumatic stress since the armistice,” he stated

In their resolution, WCRC delegates also requested the WCRC Executive Committee to highlight the Korean Peninsula in its programme on justice and peace, developing a common vision of peace in North-East Asia.

In 2016, a WCRC delegation visited North Korea during which it heard a pressing wish for the de-escalation of provocation and tension, and the need to restore dialogue and negotiations.

At the same time, the NCCK has been promoting its Peace Treat Campaign Movement to promote a consensual process for denuclearizing the Korean Peninsula and developing a nuclear free North East Asia, also involving the United States.