WCRC calls for prayers and action for Cameroon 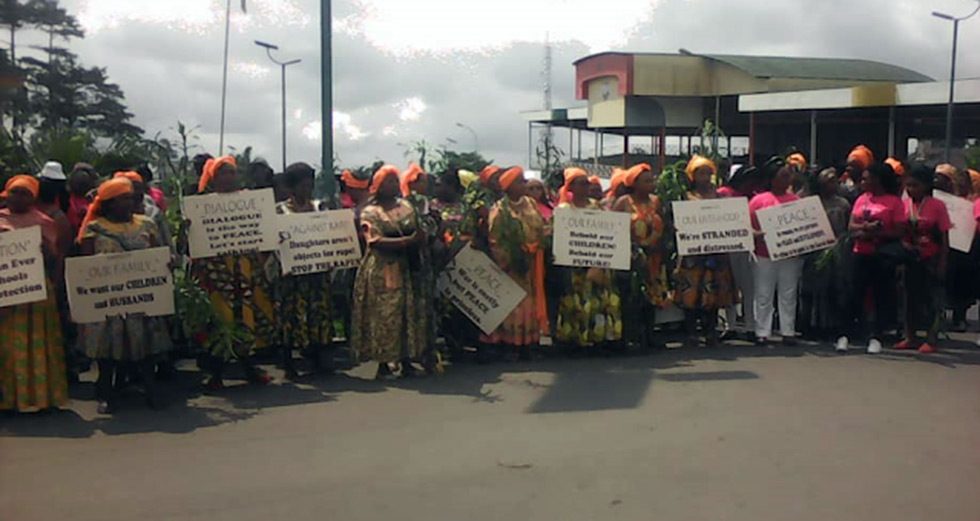 Social and political conflicts between the anglophone and francophone areas of Cameroon have resulted in a human rights and humanitarian crisis.

Member churches of the World Communion of Reformed Churches (WCRC) are being impacted even as they work for peace and call for dialogue, non-military solutions, a halt to repression and full respect for human rights.

The WCRC calls on the Communion and sisters and brothers around the world to uphold these churches in prayer, inform themselves about the situation and call on their national governments to hold the Cameroon government accountable, respecting human rights for all.

The WCRC also calls for the international community to intervene, seeking peaceful, dialogue-based solutions to this challenging historic, social and political issue.

“Militias began to emerge in 2017 after a security force crackdown on mass protests, led by lawyers in wigs and teachers in suits, over the government’s alleged failure to give enough recognition to the English legal and education systems in the North West and South West,” according to the BBC.

“People in Cameroon’s anglophone regions are in the grip of a deadly cycle of violence,” said Samira Daoud, Amnesty International Deputy Director for West and Central Africa. The organization documents how the general population is paying the highest price as violence escalates in the Northwest and Southwest regions of Cameroon.

And in the midst of this comes a presidential election on Sunday, 7 October, in which President Paul Biya is seeking another seven-year term, having assumed power in 1982.

AfricaNews reports, “The 2018 presidential race will take place in a delicate and volatile context, where fear is rife that the nation could slide into a civil war as violence continues in the Southwest and Northwest regions.”