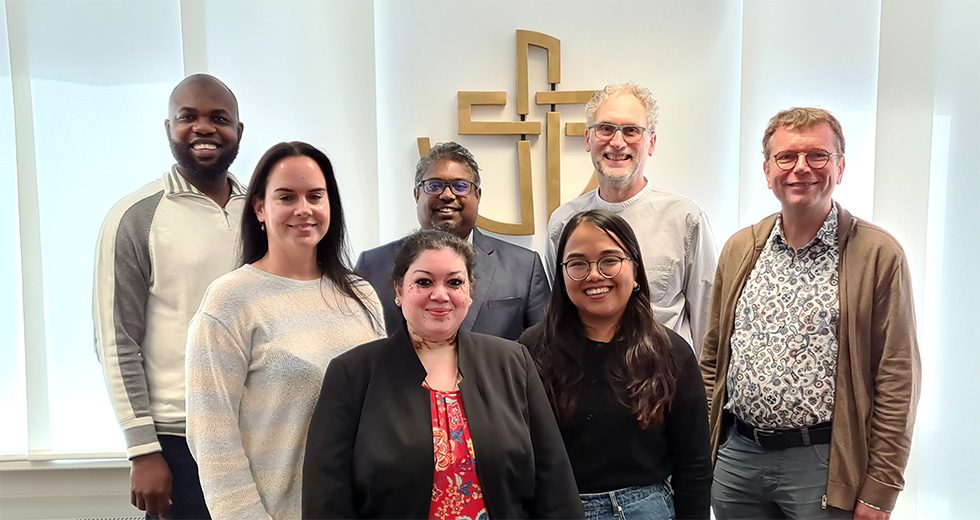 The “Collegial General Secretariat,” composed of the three executive secretaries of the World Communion of Reformed Churches (WCRC), officially began its leadership responsibilities on 1 September.

The three executives—Hanns Lessing (Evangelical Church of Westphalia), Philip Vinod Peacock (Church of North India), and Phil Tanis (Reformed Church in America)—will share the constitutionally-mandated responsibilities of the general secretary. While each will focus on specific areas of responsibility, all decisions will be made through discernment and consensus.

The first of September also began an “interim period” for the WCRC, necessitated by the conclusion of Chris Ferguson’s term as general secretary on 31 August combined with the lack of a successor and concerns about the long-term financial sustainability of the organization.

“Working together as a Collegial General Secretariat, they will collectively attend to the general secretary’s functions for the Communion in this interim year, modeling a new way of sharing responsibility, along with the vital support of the officers, Executive Committee members, and regional leaders,” said President Najla Kassab in a letter to WCRC member churches.

The interim period will see an effort to secure the short-, mid-, and long-term sustainability of the WCRC; focused work on planning for the next General Council, anticipated in 2024 or 2025; and the continuation of the General Secretary Search Committee, with a candidate planned to be presented at the May 2022 Executive Committee meeting.

Each of the three will also be primary point person for member church relations in the following regions: Lessing for Africa and Europe, Peacock for Asia and the Pacific, and Tanis for the Caribbean and North and South America.

Another recent change moved the number of staff on the administrative level from four to three while reconfiguring and increasing their responsibilities and authority.

Anna Krüger is now the Administrator for Finance and Sustainability. She brings to this position seven years of finance planning and engagement for the Communion in matters of membership contributions.

Amritha Bosi Perumalla is now the Administrator for Projects and Programmes, bringing her experience of program coordination and ecumenical networking to the management of the Reformed Partnership Fund.

Godwin Muoneke, who recently joined the WCRC staff, brings both experience and enthusiasm as the Administrator for the General Secretariat.

“We look forward to this time which will allow new participation and new imagination in building a stronger communion,” said Kassab. “As a Communion we renew our imagination, inspired by the faith that our Lord continues to journey with us for a better tomorrow.”

To contact the WCRC General Secretariat, please write to gs@wcrc.eu.