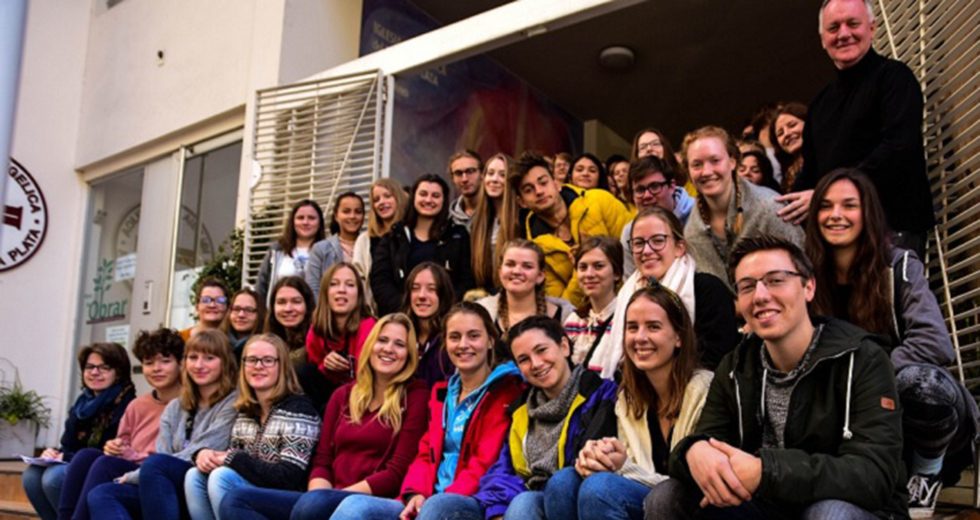 Prayers are requested for Mekane Yesus Seminary in Ethiopia’s capital city, Addis Ababa. The seminary is operated by the Ethiopian Evangelical Church Mekane Yesus and suffered a sudden and catastrophic flash flood that left death and destruction in its wake. “We are shocked and saddened by the floods that flooded the seminar grounds. People died and the apartments of teachers and students are uninhabitable,” said an EECMY employee who witnessed the flood himself.

Following Hurricane Ida’s landfall on 29 August in Louisiana and slow march northeast through Mississippi, reports are emerging about how the storm affected Evangelical Presbyterian Church congregations in the region.

On the centenary day of the death of D. Luiza Pereira de Magalhães, wife of Rev. Eduardo Carlos Pereira, one of the leaders of the organization of the Independent Presbyterian Church of Brazil, a book on her precious existence and ministry is available online.

On 30 September, people all across Canada will wear orange shirts to remember and honour Indigenous children who were taken from their communities and families to residential schools.

Changes in the Evangelical Church of the Río de la Plata (IERP) volunteer program are designed to strengthen ecumenical cooperation in mission work.

Jim Wallace, the moderator of the General Assembly of the Church of Scotland, has written a letter to world leaders as COP 26 approaches in Glasgow: “The Church of Scotland readily affirms a commitment to a just and green future. We believe that as human beings created in the image of God, we are not only stewards of God’s creation, but are very much part of that creation.”

The General Synod of the United Church of Christ (USA) has become the first mainline Protestant body to publicly proclaim that nature has rights. “In declaring the rights of nature, we are taking an important step in undoing a centuries-old theology of empire and colonialism,” said Brooks Berndt, UCC’s minister of environmental justice.

J. Herbert Nelson II, stated clerk of the Presbyterian Church (USA), urged the United States to provide “constructive, humanitarian support” for the people of Afghanistan. Conveying solidarity with people in Afghanistan, Christian Krieger, president of the Conference of European Churches and Jean-Claude Hollerich SJ, president of the Commission of the Bishops’ Conferences of the European Union, issued a joint statement urging the European decision makers to show humanity and act with determination in addressing the human tragedy currently unfolding in the country.

The latest issue of the Council for World Mission’s INSiGHT has two new sections – ‘Our Partners in Mission’ and ‘In Our Library’. The former is an avenue for CWM Partners in Mission to share poignant stories of struggle, hope, and service, while the latter highlights a collection of books produced by CWM.

The Pacific Theological College has published “A COVID-19 Wellbeing Statement: Rethinking Health from a Theological and Pasifika Cultural Perspective.”